Sunil Gavaskar said Ambati Rayudu has lost his form in the IPL 2019, so KL Rahul should be considered. 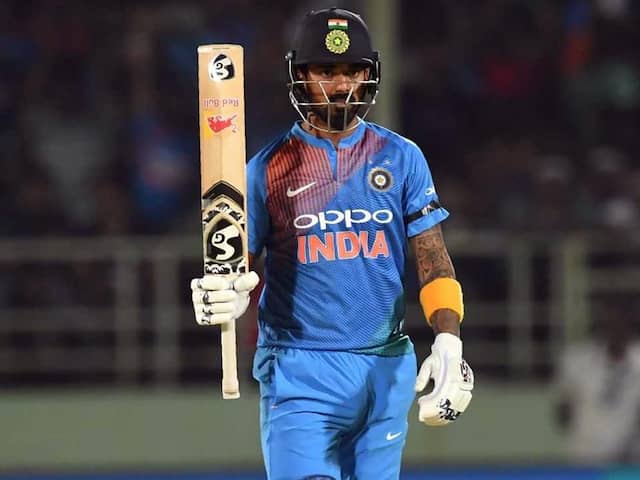 Sunil Gavaskar has backed KL Rahul to solve India's No.4 conundrum for the World Cup 2019. Gavaskar reckoned KL Rahul's Indian Premier League (IPL) 2019 performance gives him an edge over Ambati Rayudu, who was the favourite to be picked up for the No.4 position before the lucrative tournament got underway. The former Indian cricketer also said Rayudu has lost his form "sharply" in the IPL 2019.

"Look, who bats at no.4 will be a matter of debate. And this is where IPL form will be considered because that's current form. Ambati Rayudu was spoken about when the season started but has lost form sharply and someone like KL Rahul could be chosen for no.4," Gavaskar told India Today.

Opening for Kings XI Punjab (KXIP), Rahul has impressed accumulating 335 runs at an average of 67.00 and Gavaskar believes it won't be a problem for Rahul to adjust coming down the order.

"He has played at no.4 in the past. But for some reason he was confused in the past year and a half or so. But we have seen him bat with a lot of focus and concentration in the IPL.

"And I don't think it's so much a problem for an opener to switch to middle order as opposed to a middle order player to bat in the opening position," Gavaskar added.

The confusion hovering over India's no.4 slot will come to an end when the selection panel, led by MSK Prasad, announce the national team's squad for the World Cup 2019 on Monday in Mumbai.