Ambati Rayudu missed the bus for the World Cup 2019 when he was left out of India's 15-man team. 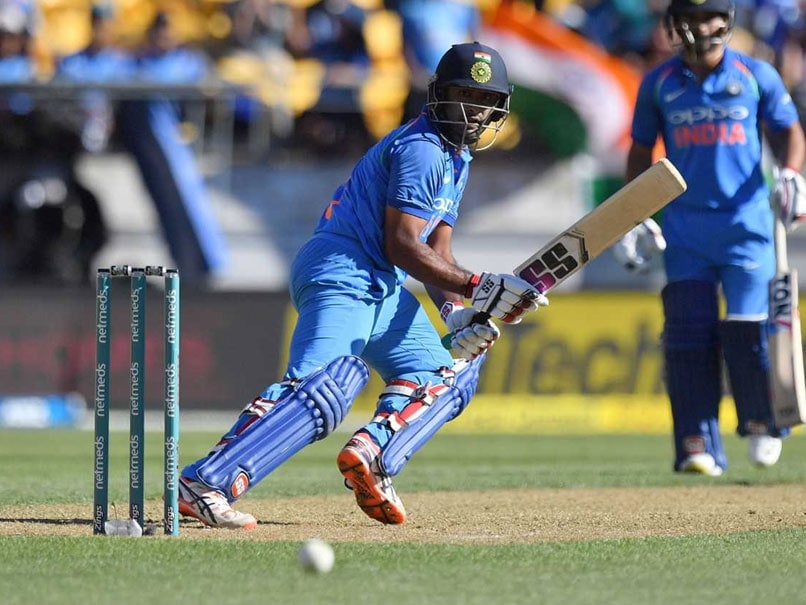 Ambati Rayudu, who was deemed as India's first-choice No.4 batsman a couple of months ago, was left out of the Indian World Cup 2019 squad, starting on May 30 in the UK. The Board of Control for Cricket in India (BCCI) Honorary Acting Secretary Amitabh Choudhary announced the 15-man squad in Mumbai on Monday. While most of the team remained predictable, experienced wicket-keeper Dinesh Karthik was a surprise inclusion while Ambati Rayudu and young Rishabh Pant missed the chance. Expressing displeasure over Ambati Rayudu's omission in India's World Cup squad, former India opener Gautam Gambhir said it was more "heartbreaking" than any other selection decision.

"I think there should be no debate about Rishabh Pant's exclusion but more about Ambati Rayudu," Gambhir told PTI during an interview on Tuesday.

"It is very, very unfortunate that someone averaging 48 in white-ball cricket and is only 33 has been left out. That for me is more heartbreaking than any other selection decision," he added.

Gambhir played a pivotal role in India's World Cup triumph in 2011. He scored 393 in nine matches, including a match-winning knock of 97 runs in the summit clash against Sri Lanka.

Earlier in 2007, Gambhir was not picked for the World Cup in the West Indies and for a brief period contemplated quitting.

"I feel sorry for him as I was in a similar position in 2007, when they (erstwhile selectors) didn't pick me and I know how difficult it is not being picked for the World Cup. Ultimately for any young kid, it is a childhood dream to be a part of the big event. So, I feel more sorry for Rayudu more than any other cricketer, who hasn't been picked."

However, Gambhir, who has been Pant's first first-class captain, felt that this omission can't be termed a setback at all as he had not grabbed the opportunities presented before him.

"This is not a setback at all. Why is it a setback? He has not consistently been part of white-ball cricket. He got his opportunity but unfortunately couldn't grab it. So it cannot be termed a setback," said Gambhir.

The 38-year-old didn't want to dwell too much on the pros and cons of having Karthik in the side now that he has been selected. But he feels Karthik being a consistent second-choice keeper in white ball cricket went in his favour apart from experience.

Gautam Gambhir World Cup 2019 Cricket
Get the latest updates on IPL 2021, check out the IPL 2021 Schedule and Indian Premier League Live Score . Like us on Facebook or follow us on Twitter for more sports updates. You can also download the NDTV Cricket app for Android or iOS.