Amit Mishra is the second highest wicket-taker in the IPL history with 155 wickets. 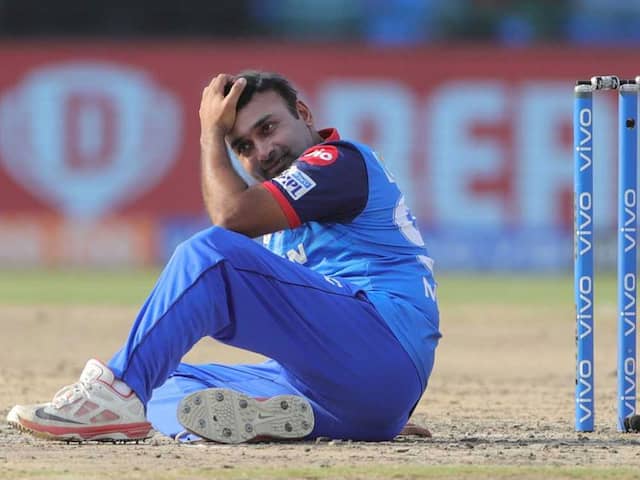 Amit Mishra was named the Player of the Match for impressive figures of 3 for 17.© BCCI/IPL

Amit Mishra, the senior-most spinner in a young and energetic Delhi Capitals camp, regained his mojo in his team's five-wicket win over Rajasthan Royals in Delhi on Saturday. After dismissing Shreyas Gopal and Stuart Binny off consecutive deliveries, Amit Mishra had a chance of taking his fourth IPL hat-trick. However, Trent Boult dropped a simple catch of Krishnappa Gowtham to deny the 36-year-old leg-spinner another hat-trick in the IPL. Following the match, Amit Mishra revealed he had abused Trent Boult "a little" and asked why did he "jump unnecessarily".

"I don't know if I have a love affair with the IPL but I am sad about the missed hat-trick. I abused him a little after Boult dropped the catch. I told him it was a simple catch and he could have taken it. Why did you jump unnecessarily?" said the leggie with a laughter at the post-match presentation ceremony.

Mishra was named the Player of the Match for impressive figures of 3 for 17, though he was disappointed after missing out on his fourth IPL hat-trick.

"I told him off in English but he said sorry two or three times so it's fine," he added.

Mishra is the second highest wicket-taker in the IPL history with 155 wickets.

Mishra said he believes in building pressure with his stock delivery and understood why batsmen want to play him off without giving him too many wickets.

"I always try to bowl my stock ball more, because that is important to build pressure. I didn't get a lot of wickets this season because batsmen are trying to play me out," he added.

So far, he has taken nine wickets in the nine matches he has played for the Delhi-based franchise in this season.