Rajasthan Royals are tied with Royal Challengers Bangalore at the bottom of the IPL points table. 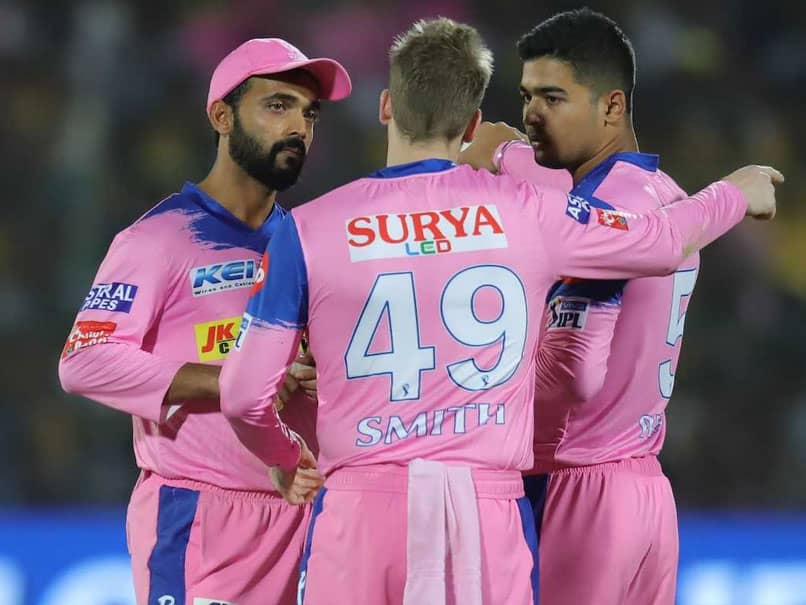 Ajinkya Rahane was removed as skipper by his Indian Premier League (IPL) team Rajasthan Royals (RR) on Saturday. Steve Smith will take over the reins of captaincy from Rahane for the rest of the season. Rajasthan Royals have suffered a disappointing campaign in IPL 2019 so far and are currently tied with Royal Challengers Bangalore at the bottom of the IPL points table. A press release by RR on Saturday said, "Rajasthan Royals will be led by the Australian batsman Steven Smith for the upcoming matches of the IPL. Ajinkya Rahane did a fantastic job in leading the team to the playoffs last year, however, the franchisee now thinks a fresh approach is needed to bring their 2019 campaign back on track.

"Steve has always been part of the leadership team within RR and Rahane will continue to be a key voice in the side, therefore the Royals see this as a small restructuring process to secure the results required to move up the table," the release added.

Under Rahane's captaincy, Rajasthan Royals managed to win only two matches this season. Steve Smith returns to the role of Rajasthan Royals captain after his forced removal from the role in the aftermath of the 'Sandpaper' ball-tampering saga. He had been announced as the skipper for the 2018 season, before Rahane was named as his replacement as the scandal broke.

However, Rahane could still have to play the captain's role in this season of the IPL yet. Steve Smith is scheduled to leave his IPL team to join his national team by May 1. Rajasthan Royals will have one last league match to play after Smith's scheduled departure.

In another development, Rajasthan Royals batsman Jos Buttler has also flown back to England, reportedly to be with his wife, with the couple expecting their first child.

Steven Smith IPL 2019 Cricket
Get the latest updates on IPL 2021, IPL Points Table , IPL Schedule 2021 , live score . Like us on Facebook or follow us on Twitter for more sports updates. You can also download the NDTV Cricket app for Android or iOS.