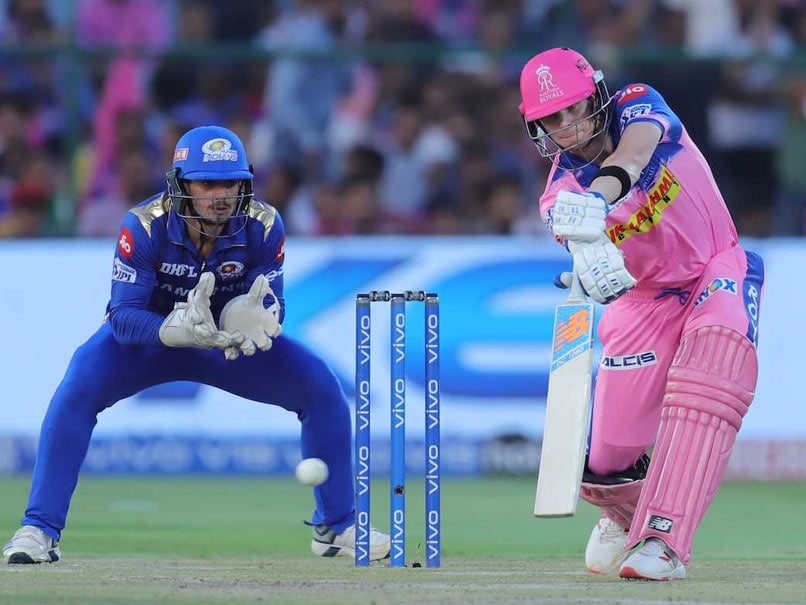 Steve Smith, captaining Rajasthan Royals (RR) for the first time this Indian Premier League (IPL) season, scored an unbeaten 48-ball 59 to guide his team to a 5-wicket victory over Mumbai Indians at the Sawai Man Singh Stadium in Jaipur in the first of two IPL matches being played on Saturday. Sanju Samson (35 off 19 balls) gave the chasing team a good start in Jos Buttler's absence. Smith, however, got the most able support from 17-year-old Riyan Parag (43 off 29 balls), as the duo put on a partnership to almost see RR home. Rahul Chahar (3/29) made some early breakthroughs to give early setbacks to the home team, but it was not enough for Mumbai Indians. MI had posted a total of 161/5 in their 20 overs against Rajasthan Royals. Winning the toss, Rajasthan Royals captain Steve Smith opted to field first. Quinton de Kock (65 off 47 balls) gave the visitors' innings impetus early on. He combined with Suryakumar Yadav for a 97-run partnership. Shreyas Gopal (2/21) and Stuart Binny (1/19) got breakthroughs for the home team, while Jofra Archer (1/22) was brilliant in the death overs. Rajasthan Royals are facing a race against time to climb out of the bottom two in the Indian Premier League (IPL) Points Table. (SCORECARD)

Ajinkya Rahane IPL 2019 Rajasthan Royals vs Mumbai Indians, Match 36 Live Score Live Cricket Score Live Blogs Cricket
Get the latest updates on T20 World Cup, check out the T20 World Cup Schedule and Live Score . Like us on Facebook or follow us on Twitter for more sports updates. You can also download the NDTV Cricket app for Android or iOS.