Cameron Bancroft received a nine-month ban from international and domestic cricket for his part in the ball-tampering scandal. 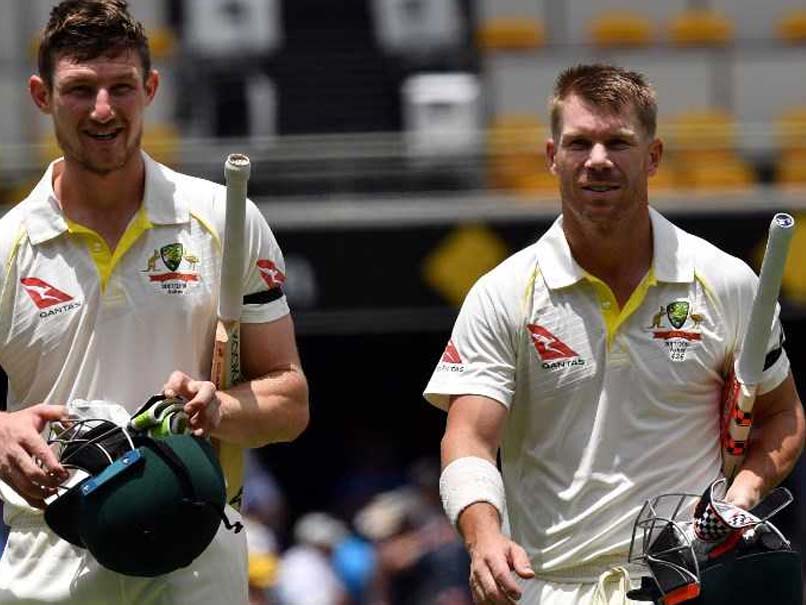 Cameron Bancroft is expected to play for Perth Scorchers on December 30.© AFP

Cameron Bancroft, who is serving a nine-month ban for his involvement in the ball-tampering scandal, revealed on Wednesday that David Warner asked him to alter the condition of the ball in South Africa. Bancroft added that he went along with it "to fit in". "Dave suggested to me to carry the action out on the ball given the situation we were in the game and I didn't know any better," said Bancroft, whose ban runs out this coming weekend.

"I didn't know any better because I just wanted to fit in and feel valued really. As simple as that.

"The decision was based around my values, what I valued at the time, and I valued fitting in ... you hope that fitting in earns you respect and with that, I guess, there came a pretty big cost for the mistake."

Bancroft was caught on camera using sandpaper to rough up the ball in the Cape Town Test in March, receiving a nine-month ban from international and domestic cricket for his part in an incident that rocked the sport.

Warner and then captain Steve Smith were handed one-year bans after all three were found to be involved.

Bancroft, however, made it clear that he did not consider himself a victim.

"I had a choice and I made a massive mistake and that is what is in my control," said Bancroft.

Last week Smith also opened up, admitting he failed as a captain by turning a blind eye to what went on.

Asked what happened in the changing rooms at Cape Town before Bancroft attempted to cheat, he said: "For me in the room, I walked past something and had the opportunity to stop it and I didn't do it and that was my leadership failure.

"It was the potential for something to happen and it went on and happened out in the field," he added.

"I had the opportunity to stop it at that point rather than say, 'I don't want to know anything about it'.

"And that was my failure of leadership. And, you know, I've taken responsibility for that."

Smith made no mention of Warner, who has previously apologised and accepted responsibility for his part in the scandal.

"The events of Cape Town were investigated and dealt with some nine months ago now so there's no new news there," he told reporters ahead of the third Test against India in Melbourne.

"What's important at this point is that we work with the players and with the leaders of the team on the reintegration of the sanctioned players when they become eligible for selection."

Melbourne's Herald Sun cited Roberts as saying Cricket Australia would take the extraordinary step of canvassing the attitude of the dressing room before allowing the banned players back.

Bancroft last week admitted he nearly walked away from the game to become a yoga teacher in the wake of the vitriol that met the tampering scandal.

He is expected to make his return for the Perth Scorchers in the Big Bash League on Sunday.