Virat Kohli's Royal Challengers Bangalore have not had the best of IPLs so far and are staring at elimination. 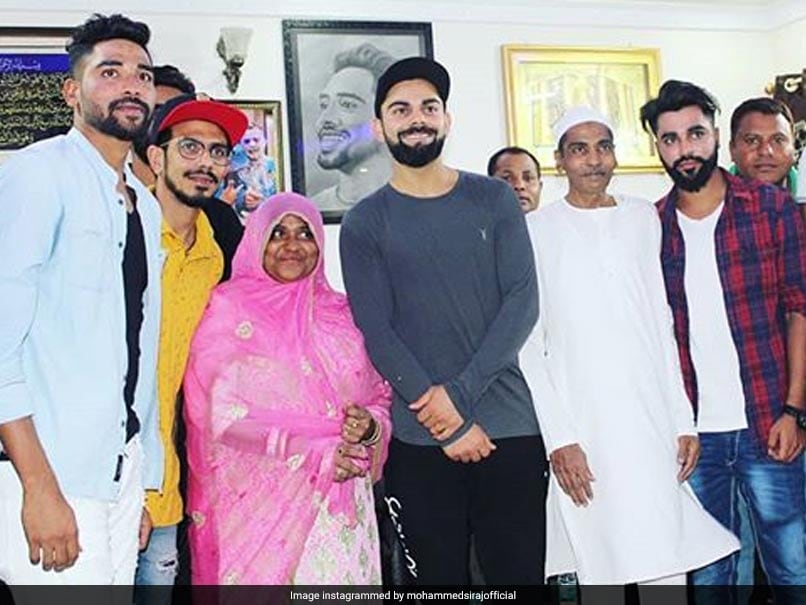 Mohammed Sirah thanked Virat Kohli and the others for making time to visit his house.© Instagram

Virat Kohli's Royal Challengers Bangalore (RCB) are not having the best of times in IPL 2018 but that has not stopped the RCB stars from enjoying each other's company. With RCB taking on SunRisers Hyderabad (SRH) at the Rajiv Gandhi International Stadium in Hyderabad on Monday night, stars like skipper Virat Kohli, Parthiv Patel, and Yuzvendra Chahal got an opportunity on Sunday to be treated to the famous Hyderabadi biryani. The RCB players had teammate Mohammed Siraj to thank for the feast as the lanky pacer hosted the dinner at his house in Tolichowki.

Siraj also posted a picture of Kohli and the other with him and his family. The right-arm fast bowler thanked his teammates for making the time for the visit.

ALHUMDULILLAH!!! It was an honour for me and my Family to welcome you all Thanks a lot for taking out your precious time and joining us at place for dinner It really means a lot

However, the bliss of the biryani feast was quickly washed away with the sorrows of defeat. RCB lost by five runs to the SunRisers, all but ending their hopes of reaching the playoffs.

Kohli slammed his team of letting the opposition get back in the game and throwing the match away. Kohli said his team just weren't good enough on the day and deserved to lose the game.

"It was a (tough defeat) but that is how the game goes. We deserved to lose this game. We were not good enough on the day. We scored 60-odd runs in the first six overs and then we ended up like that. I don't think we showed enough application. The kind of shots we played, they were not on at that stage. I think we threw it away," Kohli said at the post-match presentation ceremony.

"I think we let the opposition get back in the game. That has been the story of the season so far. The fielding was up to the mark but I think 10-15 runs less would have been ideal for us. This was a tough wicket (to bat). We should have done a better job with the ball but in the field we were up to the mark," he added.

Mathematically, RCB still have a chance of reaching the playoffs but their fortunes are not in their hands any more. Kohli's team will need to rely on other teams now if they have are to have any hope of qualifying for the next stage.

Comments
Topics mentioned in this article
Royal Challengers Bangalore Sunrisers Hyderabad Virat Kohli Mandeep Singh Parthiv Patel Yuzvendra Chahal Mohammed Siraj Indian Premier League 2018 Cricket
Get the latest updates on IPL 2020, check out the IPL Schedule for 2020 and Indian Premier League (IPL) Cricket live score . Like us on Facebook or follow us on Twitter for more sports updates. You can also download the NDTV Cricket app for Android or iOS.