Yuvraj Singh turned 37 on December 12 and Rohit Sharma took to Twitter to convey his best wishes. 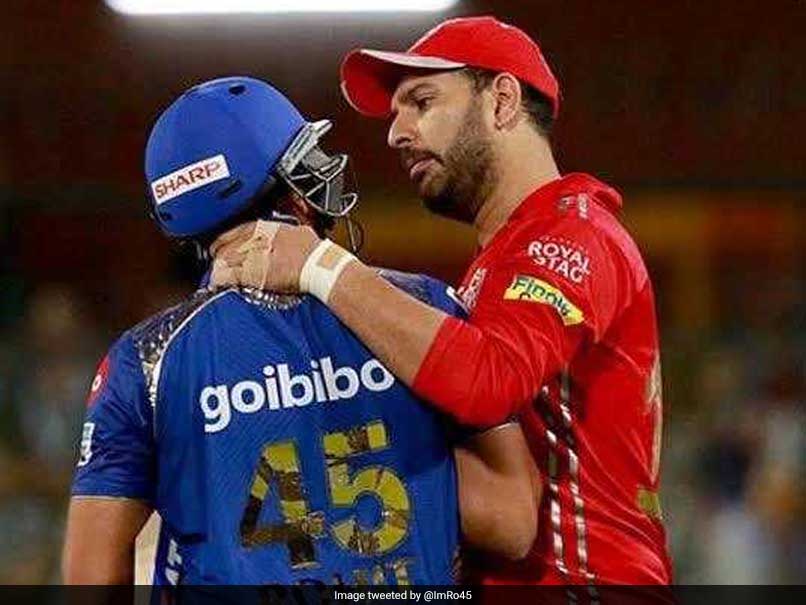 Yuvraj Singh turned 37on Wednesday and his threatening response to Indian opener Rohit Sharma's birthday wish is winning the Internet. Rohit took to Twitter to share an old photograph with Yuvraj and wrote, "Happy Birthday to the eternal superstar @YUVSTRONG12." To which Yuvraj replied with a quirky yet threatening message, who is currently part of India's Test entourage Down Under. Yuvraj wrote, "And next time u get out on 37 il catch hold of your neck like this again!" referring to Sharma's reckless 61-ball 37-run knock against Australia in the first Test in Adelaide.

And next time u get out on 37 il catch hold of your neck like this again !

Rohit Sharma, who was looking in sublime touch after hitting three sixes, got out after playing a reckless shot on the first day of the Adelaide Test. Rohit, who was living on the edge, could not capitalise on the opportunity he got. He had got off to a solid start, but played an outrageous shot to bring an end to his knock.

The Perth Test, which starts on Friday, won't see the likes of Ravichandran Ashwin and Rohit Sharma take the field. India confirmed on Thursday that Ashwin had suffered a left-side abdominal strain, while Rohit jarred his back in the field during the first Test.

Moreover, opener Prithvi Shaw is yet to recover from an ankle injury. With the trio unavailable for selection, India included Hanuma Vihari, Ravindra Jadeja, Umesh Yadav and Bhuvneshwar Kumar in a 13-man squad announced on eve of the second Test.

Rohit Sharma Indian Premier League 2018 IPL 2019 Cricket
Get the latest updates on ICC T20 Worldcup 2022, check out the Schedule and Live Score. Like us on Facebook or follow us on Twitter for more sports updates. You can also download the NDTV Cricket app for Android or iOS.