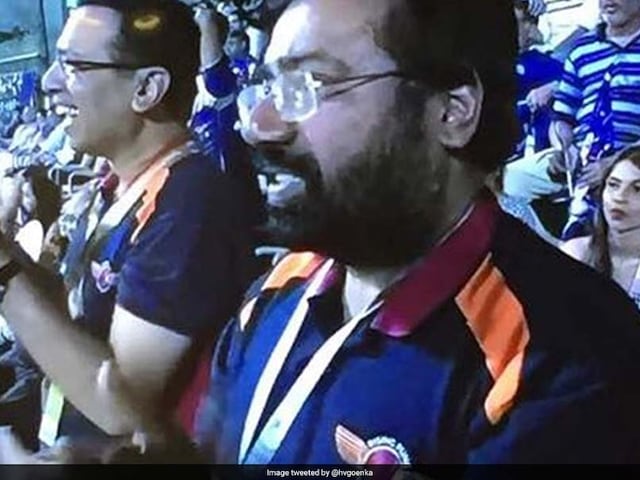 Apart from the Rising Pune Supergiant (RPS) players, the franchise owner's brother, Harsh Goenka, has also been in the limelight in the entire season for his 'anti-Dhoni' remarks. But as a 'Dhoni special' ensured that Pune reach their maiden Indian Premier League (IPL) final on Tuesday, Goenka, for a change, not only appreciated Dhoni's knock but gave standing ovation to the blistering innings of 40 not out off 26 balls. Dhoni, who looked a bit rusty initially, took Jasprit Bumrah and Mitchell McClenaghan to the cleaners and smashed 41 runs along with Manoj Tiwary in the last two overs in the Qualifier 1 against Mumbai Indians (MI).

"Explosive batting by Dhoni, deceitful bowling by Sundar and great captaincy by Smith takes #RPS to the #IPL finals," Goenka wrote on Twitter.

Explosive batting by Dhoni, deceitful bowling by Sundar and great captaincy by Smith takes #RPS to the #IPL finals. pic.twitter.com/TFCZfC0YrH

This was in sharp contrast to what Harsh Goenka had to say about Dhoni earlier, when he had some rather uncharitable stuff to shell out about the star cricketer, which led to former also being trolled massively.

He had tweeted during the early days of the IPL, applauding RPS' new captain Steve Smith, who had replaced Dhoni, calling the Australian the 'king of the jungle' after his fine innings in the team's first win over MI. 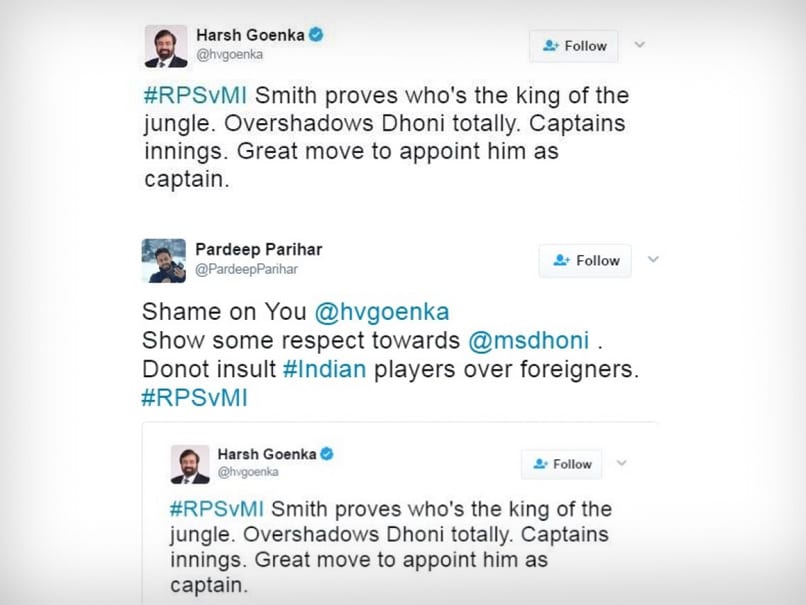 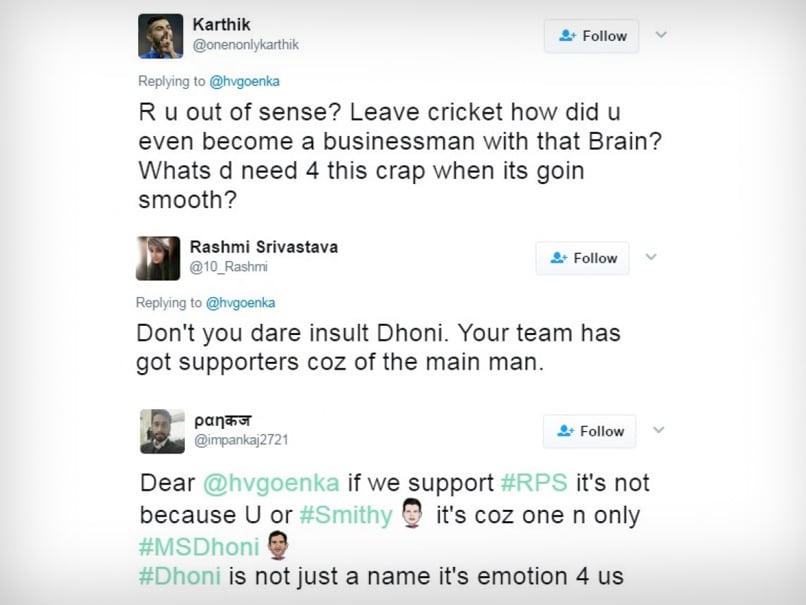 RPS became the first team on Tuesday to qualify for the IPL season 10 final. Apart from Dhoni's contribution, Washington Sundar bowled exceptionally well to add to the team's victory against the two-time champions. He took 3 for 16 in four overs and also received the Man of the Match award for his top performance.

Comments
Topics mentioned in this article
Rising Pune Supergiant Mumbai Indians MS Dhoni Wankhede IPL 2017 Cricket
Get the latest Cricket news, check out the India cricket schedule, Cricket live score . Like us on Facebook or follow us on Twitter for more sports updates. You can also download the NDTV Cricket app for Android or iOS.