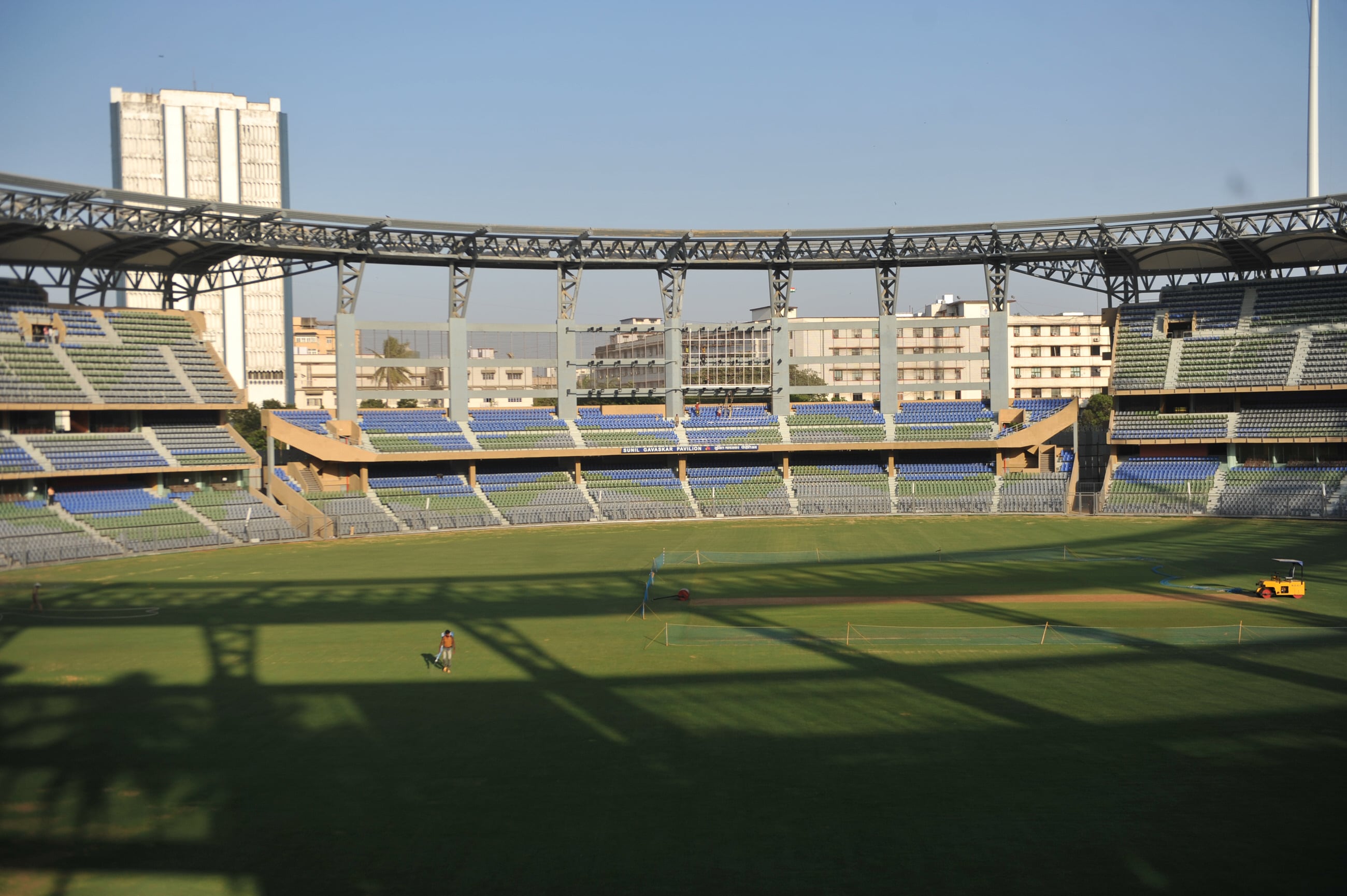 Wankhede Stadium in Mumbai. There cannot be enough said about this ground. The Eden Gardens is no doubt the oldest stadium in India but the cricketing cauldron of the country lies in the city of Mumbai. The stadium came into existence due to disputes between the CCI and the MCA, two cricketing bodies that have their offices in the city. The CCI-owned Brabourne Stadium was the main venue till then and some issues with MCA caused S.K.Wankhede, the secretary of the latter and also a politician to build a brand-new stadium.

It was made in 1975 and hosted its first Test the same year against the Windies. Since then, the Wankhede stadium has been the main cricketing venue in the city. It plays hosts to the Indian cricket team, the Mumbai Ranji team and the Mumbai franchise in the Indian Twenty20 league. The ground underwent reconstruction before the 2011 World Cup and was then made ready to host the final of the mega-event. The renovation was done for the breeze to be able to flow freely across the stadium and also for the viewers to watch the game without hindrances. The ground has seen a number of brilliant games being played here, international and domestic.

The most important game held so far will have to be the 2011 World Cup final when India lifted the trophy after 28 years. It's home to two of the biggest names, Sunil Gavaskar and Sachin Tendulkar, and the latter also played his 200th Test and final international game at the same venue. With a capacity of around 33, 000 and a closed amphitheatre-type formation, it gets really loud at times. Short boundaries and a true pitch more often than not promise a good game. As of now, it has hosted more than 50 international games and there is no reason why the ground will not go on to host more.