The Sunrisers Hyderabad captain David Warner brought his 'A' game to the fore against Kolkata Knight Riders as he helped himself to a century in 43 balls. 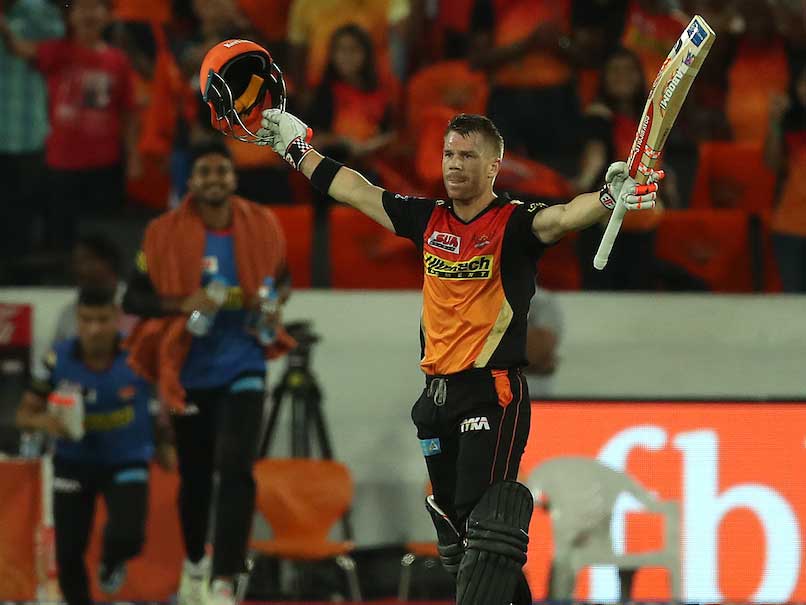 The Sunrisers Hyderabad captain David Warner brought his 'A' game to the fore against Kolkata Knight Riders as he helped himself to a century in 43 balls. Warner was in his elements right from the start as he made mincemeat of the Kolkata bowling attack. He was particularly ruthless against Chris Woakes and Yusuf Pathan as Hyderabad got off to a flying start and brought up their century-run opening stand in no time. After his blistering century, Warner finally fell for 126 off 59 balls to Chris Woakes.

Warner hit eight sixes and seven boundaries on his way to a century. All the Kolkata bowlers went for plenty barring Umesh Yadav who gave away 23 off his 3 overs. Warner was given a reprieve when he was dropped on 86 by Chris Woakes off the bowling of Kuldeep Yadav. It was a simple chance at long off and Woakes made a meal of it and to make matters worse for Kolkata, it went for a six.

Wow @davidwarner31 Unbelievable. This is power hitting at its very best

Hyderabad were well on course for a big score against the table-toppers at the moment and it will require some chasing for the Knight Riders to get over the line on Sunday at the Rajiv Gandhi International Stadium in Hyderabad.

This was David Warner's third IPL century, second against Kolkata Knight Riders. His first one was also against the same opposition in the year 2010 when he was playing for Delhi Daredevils. The second one came against Deccan Chargers in the same ground in Hyderabad in the year 2012. This is the highest score for David Warner, playing for Sunrisers Hyderabad and also the fastest century against Kolkata. Warner's century was the sixth fastest hundred in IPL.