India vs West Indies: Virat Kohli In Awe Of His Own Six-Hitting Ability - Watch

Virat Kohli completed his 24th T20I fifty in 21 deliveries and finished on an unbeaten 70 off 29 with four fours and seven sixes. 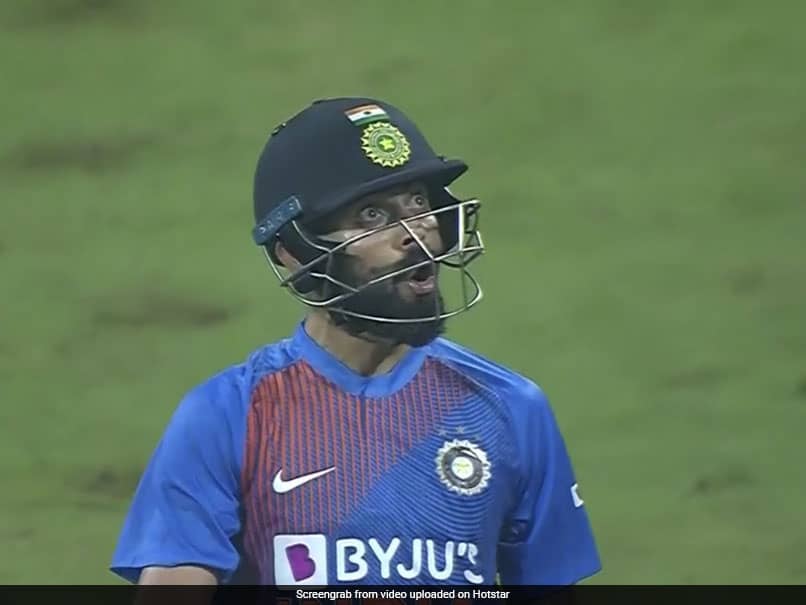 Virat Kohli's knock that came at a strike rate of 241.38 was brutal and exquisite in equal measure.© Screengrab: Hotstar

Virat Kohli, who recorded his career-best score of 94 not out in Hyderabad, delivered another merciless onslaught of fours and sixes during the third and final Twenty20 International (T20I) between India and the West Indies in Mumbai on Wednesday. Virat Kohli completed his 24th T20I fifty in 21 deliveries and finished on an unbeaten 70 off 29 with four fours and seven sixes. Kohli's knock that came at a strike rate of 241.38 was brutal and exquisite in equal measure. Kohli, who imitated Kesrick Williams' "notebook" celebration after hitting him for a six in Hyderabad, was once again pumped up while facing the bowler. In the 18th over of India's innings, Williams erred in length and Kohli had a few words for the bowler after sending the ball into the crowd. Moreover, Kohli enjoyed watching the ball sail all the way after making contact.

Earlier, Rohit Sharma, KL Rahul and skipper Kohli hit 16 sixes in total as India posted 240/3 after being put in to bat.

Rohit Sharma (71) and KL Rahul (91) put on 135 runs for the opening wicket to lay the platform for India's imposing total.

Rohit Sharma became the first Indian batsman to hit over 400 international sixes with his first of five strikes over the fence.

West Indies' Chris Gayle leads the sixes show with 534 across all three formats.

Virat Kohli India vs West Indies 2019/20 Cricket India vs West Indies, 3rd T20I
Get the latest updates on IPL 2020, check out the IPL Schedule for 2020 and Indian Premier League (IPL) Cricket live score . Like us on Facebook or follow us on Twitter for more sports updates. You can also download the NDTV Cricket app for Android or iOS.