Rohit Sharma played a lofted shot against Sheldon Cottrell that landed right on the rope to bring up his 400th maximum in the international arena. 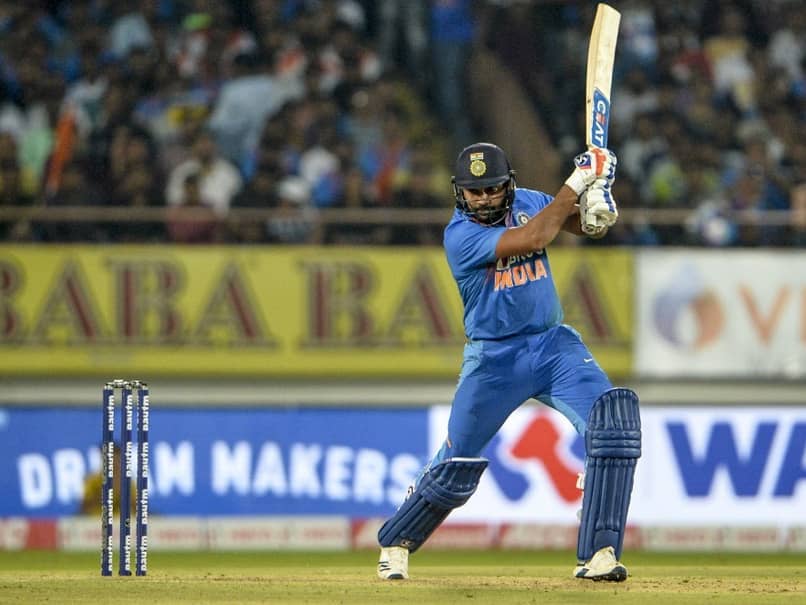 Rohit Sharma reached the milestone of 400 international sixes across all formats during the third and final Twenty20 International (T20I) between India and the West Indies in Mumbai on Wednesday. Rohit Sharma played a lofted shot against Sheldon Cottrell that landed right on the rope to bring up his 400th maximum in the international arena. Rohit became the first Indian to enter the 400 sixes club. Only former Pakistan skipper Shahid Afridi and West Indies' Chris Gayle have hit more than 400 sixes in international cricket. Gayle, with 534 sixes, holds the record of hitting the maximum number of sixes while Afridi, with 476 sixes, is second on the list.

The three-match series kicked off in Hyderabad on Friday while Thiruvananthapuram hosted the second T20I on Sunday.

India and the West Indies won a game each making the final game in Mumbai a series decider.

The Board of Control for Cricket in India (BCCI) announced 15-member squads for T20I and ODIs on November 21.

Virat Kohli returned to India's T20I squad after being rested for the series against Bangladesh.

Shikhar Dhawan, who suffered a knee injury during a Syed Mushtaq Ali trophy game, has been ruled out of the T20I and ODI series.

The BCCI named Sanju Samson as Dhawan's replacement for T20Is and Mayank Agarwal for ODIs.

For the West Indies, Kieron Pollard will lead the side in the ODIs as well.

Rohit Sharma India vs West Indies 2019/20 Cricket India vs West Indies, 3rd T20I
Get the latest updates on IPL 2020, check out the IPL Schedule for 2020 and Indian Premier League (IPL) Cricket live score . Like us on Facebook or follow us on Twitter for more sports updates. You can also download the NDTV Cricket app for Android or iOS.