Virat Kohli imitated Kesrick Williams' "notebook" celebration after hitting him for a six. 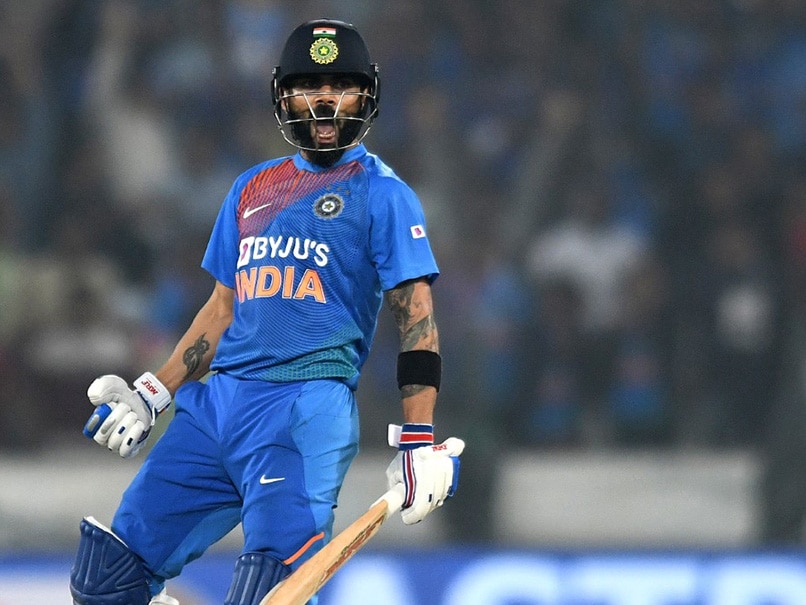 Virat Kohli recorded his career-best score of 94 not out in the shortest format of the game on Friday but it was his mimicry of Kesrick Williams' "notebook" send-off that hogged the limelight. Virat Kohli powered India to a six-wicket win after chasing down 208 against the West Indies in the opening Twenty20 International in Hyderabad. However, the highlight of his 50-ball knock was when Kohli imitated Kesrick Williams' "notebook" celebration after hitting the bowler for for a six in the 16th over of the chase. It was being believed that Kohli had copied Williams' CPL send-off to Chadwick Walton but the man of the match made it clear that it was more of a revenge.

.@imVkohli on being asked about the 'notebook celebration': "Play hard but respect the opponent" #INDvWI #SpiritOfCricket pic.twitter.com/Yku21Gtht0

Kohli also said that he is an "all-format player" after smashing six fours and six sixes.

"The aim is not to play slam-bang cricket. One of Rohit (Sharma) or I have to play long in this team," Kohli said.

"That's the role I play in every team I play in. Basic fundamental is that I don't want to change my game too much for T20s. I'm an all-format player. I just want to score runs every game," Kohli added.

Virat Kohli Kesrick Williams Cricket India vs West Indies 2019/20 India vs West Indies, 1st T20I
Get the latest updates on ICC Women's Cricket World Cup 2022 and IPL 2022, check out the Schedule , Live Score and IPL Points Table. Like us on Facebook or follow us on Twitter for more sports updates. You can also download the NDTV Cricket app for Android or iOS.