Bhuvneshwar Kumar has been ruled out of the three-match India vs West Indies ODI series due to a groin injury. 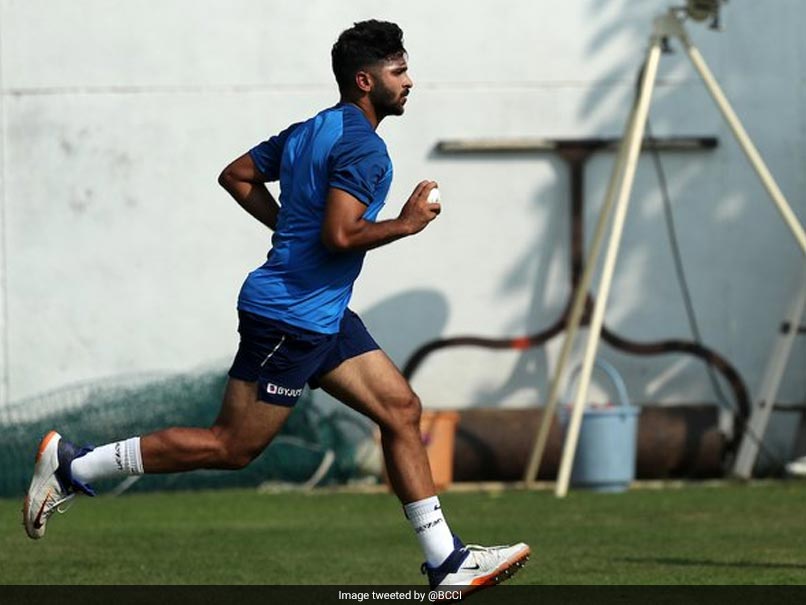 Shardul Thakur has been named replacement for the injured Bhuvneshwar Kumar.© BCCI/Twitter

Shardul Thakur was on Saturday confirmed as the replacement for Bhuvneshwar Kumar after the latter was ruled out of the three-match India vs West Indies ODI series with a groin injury. The 29-year-old Bhuvneshwar Kumar, who only recently made a comeback after a brief spell on the sidelines, picked up the injury during the final Twenty20 International (T20I) against West Indies on December 11 that India won to seal the three-match T20I series. The Board of Control for Cricket in India (BCCI) said Bhuvneshwar Kumar underwent a scan in which it was found that the "sportsman's hernia symptoms have resurfaced".

Injuries have kept the India fast bowler out of the national side for quite a few games in the last few seasons. He was sidelined during the round-robin stage of the Cricket World Cup 2019 with a hamstring strain, having battled a lower-back issue through most of 2018.

"The All-India Senior Selection Committee has named Shardul Thakur as replacement for the injured Bhuvneshwar Kumar for the upcoming Paytm ODI series against West Indies," a BCCI statement said.

"Bhuvneshwar complained of pain in his right groin after the final T20I in Mumbai on Wednesday. He underwent an ultrasound scan conducted by a specialist and the BCCI medical team found that his sportsman's hernia symptoms have resurfaced. A specialist opinion will now be sought, and his management plan will be decided accordingly."

Shardul Thakur hasn't represented India in ODIs in 2019 and made his last international ODI appearance in September 2018. The righ-arm pacer looked in good form during the Syed Mushtaq Ali Trophy but took just one wicket in two innings for Mumbai in the recently-concluded Ranji Trophy match against Baroda.

India had defeated the West Indies 2-1 in the T20I series and will be looking to register another ODI series win at home when they face the West Indies.

The first match of the ODI series will be played at the M.A. Chidambaram Stadium in Chennai on Sunday.

Bhuvneshwar Kumar Shardul Thakur India vs West Indies 2019/20 Cricket
Get the latest updates on T20 World Cup, check out the T20 World Cup Schedule and Live Score . Like us on Facebook or follow us on Twitter for more sports updates. You can also download the NDTV Cricket app for Android or iOS.