Shane Warne, who is also a part of the MCC committee which will review the decision, questioned umpire's decision, saying that the overthrow should have been called a dead ball. 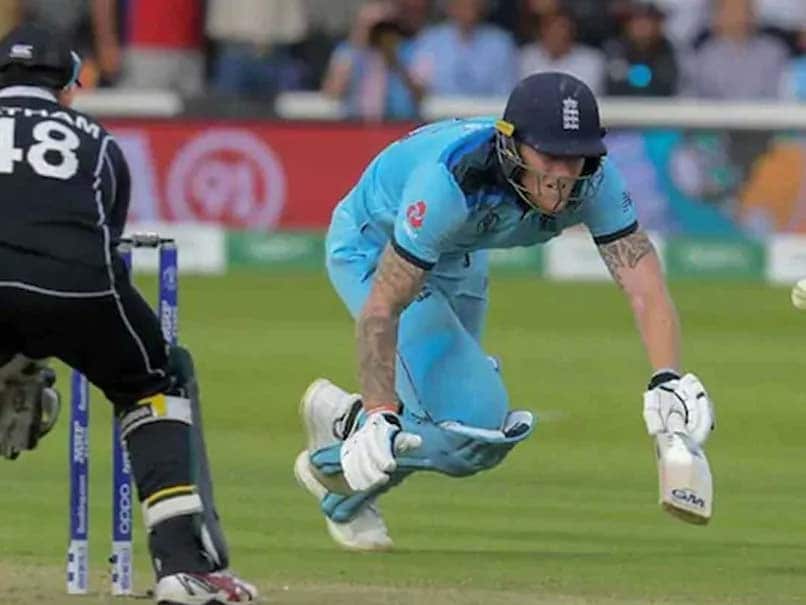 The ball deflected off Ben Stokes' bat to the boundary in the World Cup final.© AFP

England edged past New Zealand by a technicality in the final of World Cup 2019 after the match witnessed some controversial calls from the umpires. The decision of giving four overthrows after the ball deflected off Ben Stokes' bat to the boundary turned out to be match-defining. The debate over the contentious call is still on with many cricket pundits, including former cricketers, claiming that England won because of a mistake from umpires. Former Australia spinner Shane Warne, who is also a part of the MCC committee which will review the decision, also questioned it, saying that the overthrow should have been called a dead ball.

Speaking to IANS, Warne said that the spirit of the game calls for a ball to be called dead the moment a throw hits a batsman, irrespective of whether it goes for a boundary or not.

Warne is super excited to see the start of the World Test Championship but feels the ICC could have marketed it better.

"I like the World Test Championship a lot and I wish the ICC would have marketed it a lot more and put some more money behind it to push it out more than they have. Yes, I like the context it brings in and that all Test matches count. I am sure in the coming years, they will get it right as I don't think they have got it fully right this time," he said.

Asked about the numbers on the jerseys -- quite a debate among former players -- the former Australia player said he doesn't mind having numbers on the back and wants them even on the jumpers.

Another raging debate has been the quality of umpiring in recent times and once again, Warne makes no bones about the fact that world cricket needs the best in the business to be manning the game at all times.

"But with so much technology around like the DRS and all, I think generally you want the best umpires umpiring at all times because so far in the Ashes it has been...hasn't been the best," he rued.

While the umpiring standards have disappointed the legend, he is extremely happy with the way the Australian team has made its way back into world cricket post the sandpaper fiasco.

"Over the last year or so, the Aussies have looked inside and tried to figure out who they want to be and how they want to play their cricket etc. I think they have become a very good side again. Their bowling has always been very good, but their batting with Smith and Warner back in, emergency of Mathew Wade and Travis Head has made them a very good side again. And I think they will become one of the best sides in world cricket again," he explained.

Ben Stokes Shane Warne World Cup 2019 Cricket
Get the latest updates on IPL Auction 2023 and check out  IPL 2023 and Live Cricket Score. Like us on Facebook or follow us on Twitter for more sports updates. You can also download the NDTV Cricket app for Android or iOS.