Mohammad Shahzad has been punished for breaching ACB's policy which requires any contracted player to ask for its permission to travel out of the country. 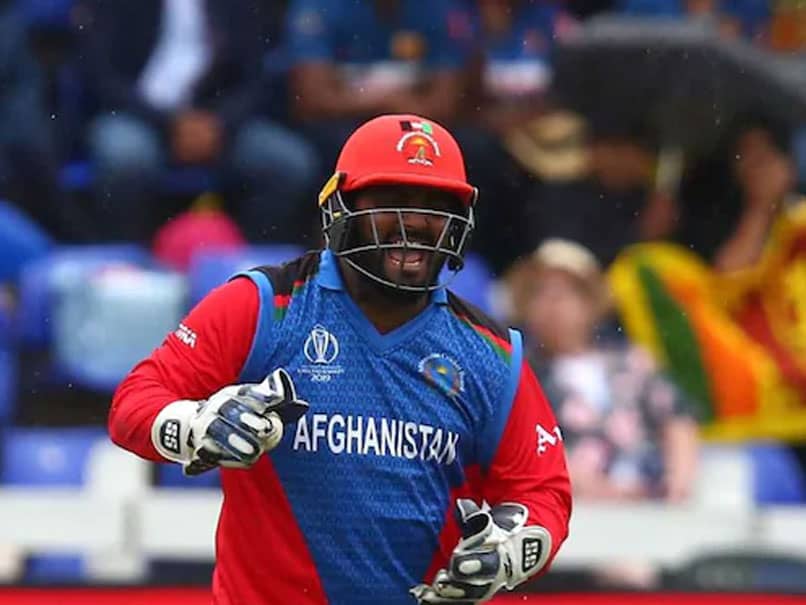 Mohammad Shahzad was sent back home midway through the World Cup 2019.© AFP

Mohammad Shahzad's contract has been "suspended for indefinite period" by the Afghanistan Cricket Board (ACB) for breaching the ACB Code of Conduct. Confirming the suspension, ACB tweeted, "Afghanistan Cricket Board today suspended the contract of wicket-keeper batsman @MShahzad077 for an indefinite period due to breach of ACB's Code of Conduct by the player". Shahzad has been punished for breaching ACB's  policy which requires any contracted player to ask for the governing body's permission to travel out of the country.

Afghanistan Cricket Board today suspended the contract of wicket-keeper batsman @MShahzad077 for an indefinite period due to breach of ACB's Code of Conduct by the player.

"As per ACB's policies, any player travelling out of the country is required to seek the permission of ACB. Shahzad has not adhered to this, repetitively," the statement read.

This is not the first time when Shahzad has been punished for breaching the ACB Code of Conduct. He was sent back home midway through the World Cup 2019 after playing just two matches.

"Mohammad Shahzad has also breached the ACB Code of Conduct previously and was recently called for questioning by the ACB Discipline Committee in relation to a disciplinary matter during the ICC Cricket World Cup 2019," the statement read.

The decision to suspend Shahzad was also a result of him not attending the meeting scheduled with the "Discipline Committee" which was supposed to look into a "disciplinary matter" involving him during the World Cup 2019.

"Mohammad Shahzad did not attend meetings scheduled with the Discipline Committee on 20th and 25th of the last month."

During World Cup 2019, Shahzad had accused some of the ACB officials of conspiring against him after he was declared unfit to play.

"I still don't know why I was ruled unfit when I was fit enough to play. Some people in the board (ACB) have conspired against me. Only manager, doctor and the captain knew that I was going to be replaced. Even the coach (Phil Simmons) found out much later. It was heart-breaking," Shahzad had told PTI from Kabul.

The final decision on Shahzad's future will be taken only when the Discipline Committee meets after the Eid-ul-Adha holidays.

"The Discipline Committee will meet after Eid-ul Adha holidays to assess the breaches by Mohammad Shahzad and make a decision to be publicized soon," the statement added.

Afghanistan Cricket
Get the latest updates on India vs Australia Series, check out the India vs Australia Schedule for 2020-21 and Ind vs Aus live score . Like us on Facebook or follow us on Twitter for more sports updates. You can also download the NDTV Cricket app for Android or iOS.