Shikhar Dhawan suffered a cut on his left knee during a Syed Mushtaq Ali Trophy match and was always doubtful for the ODI series against the West Indies. 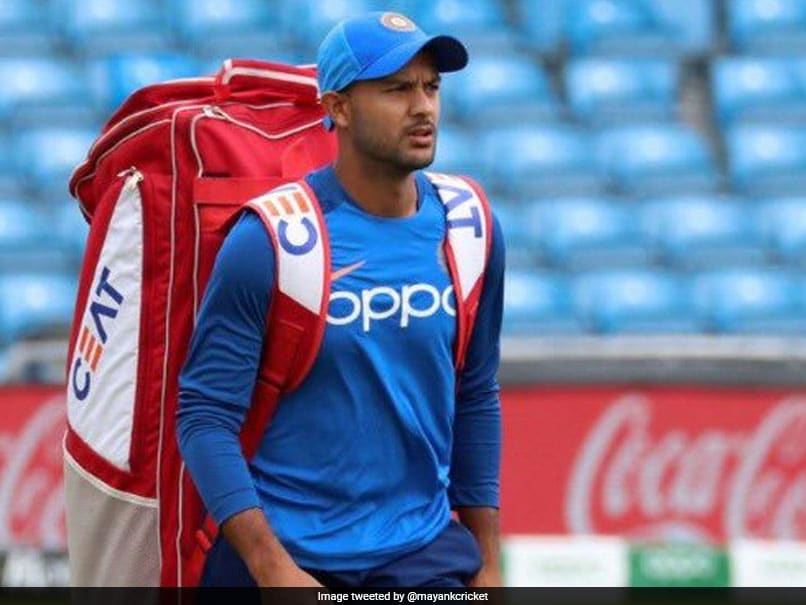 Mayank Agarwal has been included in India's squad for three-match One-day International (ODI) series against the West Indies in place of injured batsman Shikhar Dhawan. "The BCCI Medical Team feels that while Dhawan's stitches are off and his wound is healing gradually, he still needs some more time before he regains full match fitness," the Board of Control for Cricket in India (BCCI) said in a media release. The first ODI will be played at the MA Chidambaram Stadium in Chennai on December 15, while Visakhapatnam and Cuttack will host the remaining two matches on December 18 and 22 respectively.

Dhawan had suffered a deep cut on his left knee during a Syed Mushtaq Ali Trophy game against Maharashtra in Surat and was ruled out of the ongoing T20 International series.

The three-match T20I series is currently locked at 1-1 as the West Indies won the second T20I by eight wickets in Thiruvananthapuram after India registered a six-wicket win in the opening match in Hyderabad.

Dhawan, who turned 34 years old on December 5, was replaced by Kerala wicketkeeper-batsman Sanju Samson in the T20I series.

Samson was in the squad for the T20I series against Bangladesh, which India won 2-1. However, he did not play a single match and was dropped for the West Indies series.

He was called up for the Bangladesh series on the back of impressive performances in the domestic circuit, including a double-century in the 50-over Vijay Hazare trophy.

Samson didn't feature in the first two matches against the West Indies and will hope for a place in the playing eleven in the series decider in Mumbai on Wednesday.

Shikhar Dhawan
Get the latest updates on IND vs NZ 2021, check out the Schedule and Live Score . Like us on Facebook or follow us on Twitter for more sports updates. You can also download the NDTV Cricket app for Android or iOS.