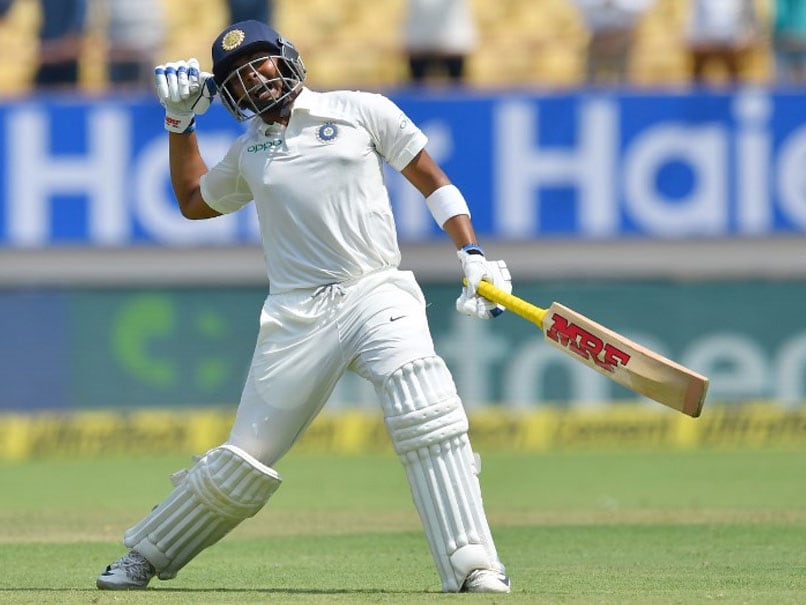 Prithvi Shaw made history on Thursday by becoming the youngest Indian to score a Test century on debut.© AFP

Prithvi Shaw made a mark in Test cricket by scoring his maiden century on his debut for India against the Windies on the Day 1 of the first of two-match series at the Saurashtra Cricket Association Stadium in Rajkot on Thursday. Soon after he announced his arrival on the international circuit with a memorable knock, cricket fraternity heaped praise on the young batting sensation. Former India captain Sourav Ganguly also lauded Prithvi Shaw for his brilliant knock. However, at the same time, Ganguly urged fans not to compare him with his former teammate and opener Virender Sehwag.

Incidentally, Ganguly also scored a ton on debut against England at Lord's in 1996.

At 18 years and 329 days, Shaw became the youngest Indian and the fourth-youngest overall to score a century on Test debut.

Talking about Shaw's batting, Ganguly said it is his temperament and attitude towards batting that impressed him the most.

"It's his positivity, temperament and attitude to batting which is fantastic. Playing the U-19 World Cup and playing a Test match for India is completely different. What I saw today was extremely pleasing to the eye and hopefully he can play for India for a long, long time," Ganguly remarked.

"What stands out is the way he batted. He dominated the bowlers on way to his hundred. He just played the way he knew. It's still early days, he will have to go the distance going around the world. But congratulations to him and I thought he was absolutely marvellous today," Ganguly further added.

When asked if Shaw is the answer to India's opening slot conundrum in Tests, Ganguly said, "Let's wait and see. He will go to Australia in a couple of months. I am sure he will do well because he is a good back foot player. You want to see young players doing well."

Virender Sehwag India vs West Indies 2018 India vs West Indies, 1st Test Cricket
Get the latest updates on IND vs NZ 2021, check out the Schedule and Live Score . Like us on Facebook or follow us on Twitter for more sports updates. You can also download the NDTV Cricket app for Android or iOS.