Virat Kohli and Ravichandran Ashwin added new landmarks as India crushed Sri Lanka by an innings and 239 to go 1-0 up in the three-Test series. 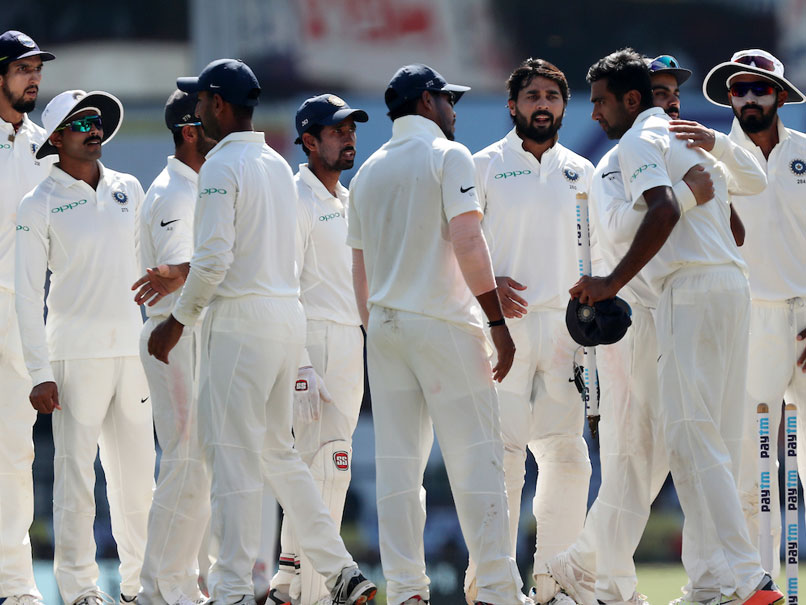 Virat Kohliand Ravichandran Ashwin were among the landmarks as India notched up a massive innings and 239-run win over Sri Lanka on the 4th day of the 2nd Test at Nagpur to go ahead 1-0 in the three-match series. Sri Lanka, who had escaped with a draw in the rain-affected first Test in Kolkata, had few answers to the Indian assault once they were dismissed for a mediocre total in their first innings and capitulated meekly shortly after lunch on Day 4. The inning and 239-run was the joint biggest margin of win for India, who had beaten Bangladesh by the same margin in Mirpur ten years ago.

Ashwin, who had a match-haul of 8 for 130, bowled Lahiru Gamage with a doosra to bring down curtains on one of the most lop-sided Test matches in recent times. The celebrations were very muted with teammates shaking hands with Ashwin before quietly walking off the field.

Skipper Dinesh Chandimal (61) was the only Sri Lankan batsman to show some resistance as others never matched up to what is required to play highest level of international cricket.

Ishant Sharma (2/43) looked menacing as he bowled short and quick while Ravindra Jadeja (2/28) was the beneficiary of some sharp fielding from Murali Vijay and indiscretion from the part of opposition batsmen.

Umesh Yadav (2/30) had a chance of completing his 100 wickets in Test but fell one short as the Tamil Nadu tweaker got to his milestone first.

Ashwin, who joined the party after Shanaka hit him across the line for a boundary and a six. But it was an act of desperation that was for a brief period of time before he was holed out at long-on by KL Rahul giving the off-spinner his 297th victim.

Dilruwan Perera and Rangana Herath were then dismissed in quick succession as he closed in on is world record.

For Chandimal, it was all about being helpless watching the manner of dismissals with none of the batsmen showing any stomach for fight. More than the technique, it was the temperament that was questionable considering that the pitch and conditions weren't the most difficult to bat on.

Comments
Topics mentioned in this article
Sri Lanka Cricket Team India Cricket Team India vs Sri Lanka 2017-18 Ravichandran Ashwin Virat Kohli Cricket
Get the latest updates on T20 World Cup, check out the T20 World Cup Schedule and Live Score . Like us on Facebook or follow us on Twitter for more sports updates. You can also download the NDTV Cricket app for Android or iOS.