Sri Lanka would want to forget the annihilation suffered at home and chase what has been an improbable dream of winning a Test here when the two teams clash in a three-match series. 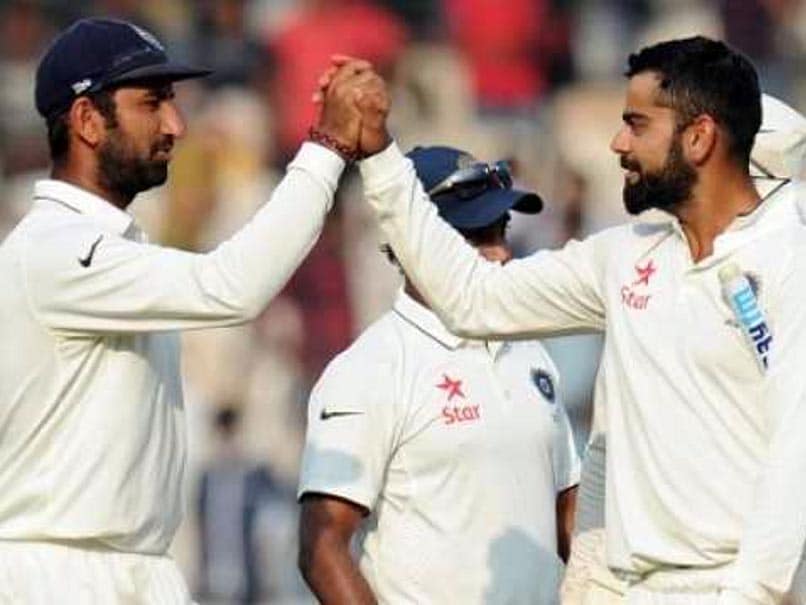 India have been in sensational form over the past year or so and captain Virat Kohli and coach Ravi Shastri would be very keen to ensure that the purple streak continues against Sri Lanka as the two sides step up their preparations for the 1st Test, to be played at Eden Gardens in Kolkata from Thursday. While Sri Lanka may not be the stiffest of opponents, especially at home, India would like to iron out as many glitches as possible before they embark on their first real test in a long time - a tour of South Africa in the beginning of next year.

Sri Lanka would want to forget the annihilation suffered at home and chase what has been an improbable dream of winning a Test here when the two teams clash in a three-match series.

There is a possibility of rain threat after home team's morning practice session was called off after a spell of shower.

India had inflicted on Sri Lanka, a humiliating 9-0 whitewash across three formats even as they bounced back to secure a surprise 2-0 win against Pakistan in the UAE.

There will be no let up from Team India, who are taking this series as a preparation for the gruelling two-month long South Africa tour where they play three Tests, six ODIs and three T20Is beginning with Cape Town Test on January 5.

Since that Test series in July-August, the hosts have played 13 ODIs and six Twenty20s but adjusting to the rigours of the longer-version of the game should not be an issue since most of the team members have played Ranji Trophy matches for their respective sides.

That the islanders have not won a single Test in 16 appearances over 35 years (they first played in India in 1982) and travel with an inexperienced side will make the task onerous for skipper Dinesh Chandimal.

The Met office has predicted rain till November 18 under the influence of a well-marked low-pressure area that is making its way up the Bay of Bengal along the Indian coast and the series-opener may be a curtailed affair.

India look supremely confident at home barring a couple of selection dilemma looking at the Eden's seemingly green top strip which may pave the way for the return of Bhuvneshwar Kumar in a likely three-plus-two bowling combination.

Bhuvneshwar last played a Test against Australia in Dharamsala in March this year and looked in good rhythm during India's practice sessions. He may join the other two pace duo of Umesh Yadav and Mohammad Shami.

In the spin line-up, India may stick to their third Test line-up in Pallekele where chinaman bowler Kuldeep Yadav made way for left-arm spinner Ravindra Jadeja.

Yadav not only rolled his arm at the nets but had an extended batting session but it remains to be seen if India leaves out Jadeja, who is also a handy option with the bat.

Murali Vijay is back after recovering from a wrist injury that had left him out of the Sri Lanka tour. The Tamil Nadu opener is confident after his 140 against Odisha in Cuttack but was not seen much in action during practice, an indication that Kohli may stick to Shikhar Dhawan and KL Rahul up front.

Cheteshwar Pujara, who scored two centuries in Sri Lanka, not only gives the Indian batting solidity but has a calming effect on the team with his penchant for marathon innings.

Further down, skipper Kohli will be desperate to be back among runs after getting only one second innings hundred against Sri Lanka at Galle (103).

In the middle order, Ajinkya Rahane too was among runs with a century and a fifty in Sri Lanka. In the absence of Hardik Pandya, who has been rested, R Ashwin will look to shoulder the responsibility in batting.

If winning a Test is a dream for Chandimal, it would not come easy as their batsmen will have to spend considerable time on the crease.

Touted as Sri Lanka's next big thing, Sadeera Samarawickrama is likely to take the opening slot left vacant after the sacking of Kaushal Silva.

Opener Dimuth Karunaratne is fresh from a career-best 196 against Pakistan in the Dubai Test and the southpaw would look to carry forward his form.

In the bowling, they will rely heavily on veteran Rangana Herath but it remains to be seen who will assist him.

They have the promising chinaman Lakshan Sandakan who had a five-wicket haul against India in the Pallekele Test but in Indian conditions it remains to be seen whether they will opt the inexperienced spinner ahead of off-spinner Dilruwan Perera.

Comments
Topics mentioned in this article
India Cricket Team Sri Lanka Cricket Team India vs Sri Lanka 2017-18 Cricket
Get the latest updates on IND vs NZ 2021, check out the Schedule and Live Score . Like us on Facebook or follow us on Twitter for more sports updates. You can also download the NDTV Cricket app for Android or iOS.