The former India skipper gives telling inputs to his spinners from his position behind the stumps. 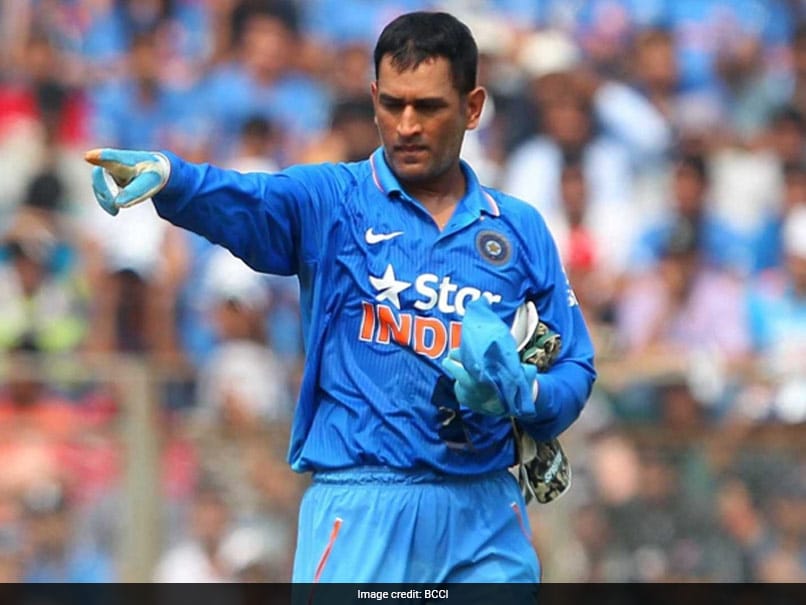 MS Dhoni played a defining role in India's easy win over Australia in the 1st ODI in Chennai on Sunday. The wicketkeeper-batsman scored 79 vital runs for the hosts, effected a stumping and completed two catches. Dhoni made another significant contribution to the team's cause from behind the stumps. The former India captain was heard advising and guiding young spinners Yuzvendra Chahal and Kuldeep Yadav throughout Australia's innings. The stump mike picked up interesting little nuggets, which involved everything from bowling length to the type of delivery, dished out by Dhoni. The 36-year-old's tips came in handy for the spinners as Yadav bagged the wickets of David Warner and Marcus Stoinis, while Glenn Maxwell, Matthew Wade and Pat Cummins were dismissed by Chahal.

"Woh maarne waala daal naa andar yaa baahar koi bhi (bowl the one where he attempts to hit, turning in or away, anything is fine)", Dhoni told Kuldeep.

"Na, na, na. Isko itna aage nahi (not this full)," Dhoni told Kuldeep after he was unhappy with the latter's line and length with Glenn Maxwell at the crease.

Dhoni, known for his unorthodox methods on a cricket field, has always helped spinners, especially Ravindra Jadeja and Ravichandran Ashwin, trap batsmen. Now with the burden of captaincy off his shoulders, Mahi is now in a position to help India's young spinners adjust their bowling based on the situation.

Captain Virat Kohli often relies on Dhoni's opinion when it comes to using DRS mainly because of his awareness and game sense. While several experts have questioned Dhoni's role in the side, his performances in the recent months show he still has plenty to offer for Indian cricket in the run up to the 2019 World Cup.

Comments
Topics mentioned in this article
India Cricket Team Australia Cricket Team MS Dhoni Yuzvendra Chahal Kuldeep Yadav MA Chidambaram Stadium, Chennai India vs Australia 2017 Cricket
Get the latest updates on India vs England Series, India vs England , live score and IPL 2021 Auction . Like us on Facebook or follow us on Twitter for more sports updates. You can also download the NDTV Cricket app for Android or iOS.