"I know but I'm not getting it now," was Aamir's reply when asked who was captain of India's women's cricket team. Zaira too couldn't answer the question. Sapru tried to help them out with some hints, before answering the question himself. 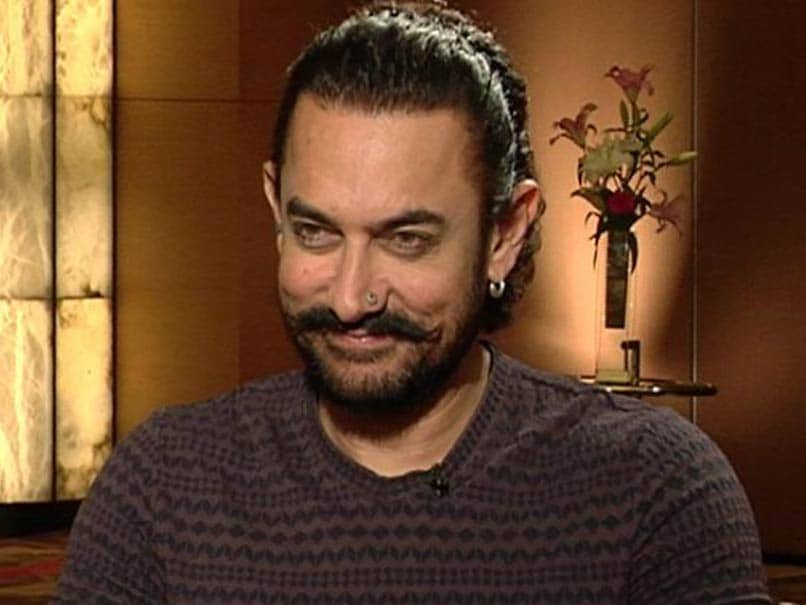 Aamir Khan was at the stadium to cheer India in the 3rd T20I on Friday.© NDTV

Bollywood actor Aamir Khan was in Hyderabad on Friday to watch the T20I series decider between India and Australia and promote his upcoming film Secret Superstar on the sidelines. Unfortunately, the match was called off due to the wet outfield without a ball being bowled. Aamir and his co-actress Zaira Wasim were interviewed by anchor Jatin Sapru and former India cricketer Virender Sehwag.

On my way to the stadium to watch the finals today in Hyderabad. Most excited and looking forward to a great game :-) . Buck up India !!!

They touched upon Aamir's forthcoming film, Indian cricketers and the potential result of the match. The discussion also involved a question and answer round that put Aamir and Zaira in a spot. After the duo got one right answer each, Sapru asked the tie-breaker question.

"I know but I'm not getting it now," was Aamir's reply when asked who was captain of India's women's cricket team. Zaira too couldn't answer the question. Sapru tried to help them out with some hints, before answering the question himself.

After the match was delayed, the ground at the Rajiv Gandhi International Stadium was inspected three times but despite all efforts from the ground staff play was not possible.

The moment the match was cancelled, social media was flooded with reactions criticising BCCI for not having a proper drainage system at the stadium followed by poor infrastructure.

Hyderabad has been receiving heavy rains for more than a week now and the Met office had predicted rain for today as well.

With no reserve day in place, India and Australia shared the T20I series trophy. India won the first T20I by 9 wickets which was also a rain-curtailed match in Ranchi. Visitors came back strongly in the second T20I and won the match convincingly by 8 wickets at the Barsapara Cricket Stadium, Guwahati.

Comments
Topics mentioned in this article
India Cricket Team Australia Cricket Team Cricket India vs Australia 2017
Get the latest updates on Fifa Worldcup 2022 and check out  Fifa World Cup Schedule, Stats and Live Cricket Score. Like us on Facebook or follow us on Twitter for more sports updates. You can also download the NDTV Cricket app for Android or iOS.