Tendulkar tweeted a congratulatory message to Dhoni for reaching the mark of 100 half-centuries. 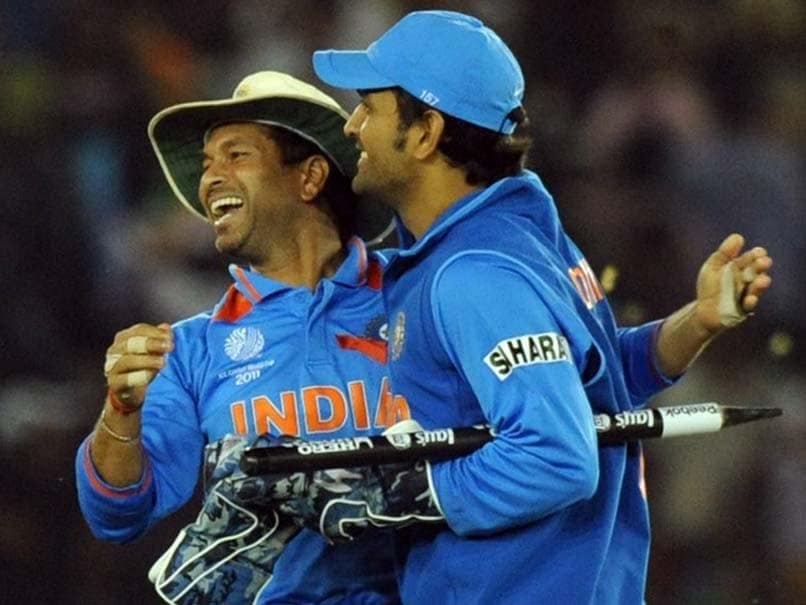 Tendulkar congratulated Dhoni for reaching the mark of 100 half-centuries.© AFP

Mahendra Singh Dhoni played a key role in India's win over Australia in the 1st ODI in Chennai on Sunday. Dhoni's 79 off 88 balls helped India post a competitive 281 for seven after India's top-half was blown away for only 87 runs. Dhoni's fifty was his 66th in ODI cricket and 100th of his international career. The 36-year-old has 33 Test and 1 T20I fifty on his resume. Social media was flooded with congratulatory messages for the wicketkeeper-batsman after he added another feather to his illustrious cap. The list of cricketers applauding Dhoni included batting legend Sachin Tendulkar. "Yet another 100 for @msdhoni! This time in front of the stumps! Congratulations on a century of 50s Mahi," the batting legend tweeted.

Yet another 100 for @msdhoni! This time in front of the stumps! Congratulations on a century of 50s Mahi ???? pic.twitter.com/2yPf1wUnW7

Tendulkar's tweet was retweeted over 12000 times. This didn't come as a surprise considering the immense popularity of the two iconic cricketers.

Dhoni and Hardik Pandya added 118 runs for the sixth wicket with the latter taking the attack to the opposition with some brilliant sixes while Dhoni once again played the role of sheet anchor to perfection.

Dhoni on his part hit four boundaries and two sixes --both coming down the track and lofting over extra cover off pacers. The former skipper played 88 balls. The two sixes were the kind of shots that one doesn't associate with Dhoni -- maximums over extra cover. Dhoni also added 72 runs for the seventh wicket with Bhuvneshwar Kumar (32 off 30 balls) in only 8.5 overs which took India beyond 280 plus total -- something that looked unlikely at the halfway stage.

Comments
Topics mentioned in this article
India Cricket Team Sachin Tendulkar MS Dhoni India vs Australia 2017 Cricket
Get the latest updates on IND vs NZ 2021, check out the Schedule and Live Score . Like us on Facebook or follow us on Twitter for more sports updates. You can also download the NDTV Cricket app for Android or iOS.