India vs Australia 3rd T20I: Twitterati Upset With BCCI As Match Is Called Off

The moment the match was cancelled, social media was flooded with reactions criticising BCCI for not having a proper drainage system at the stadium followed by poor infrastructure. 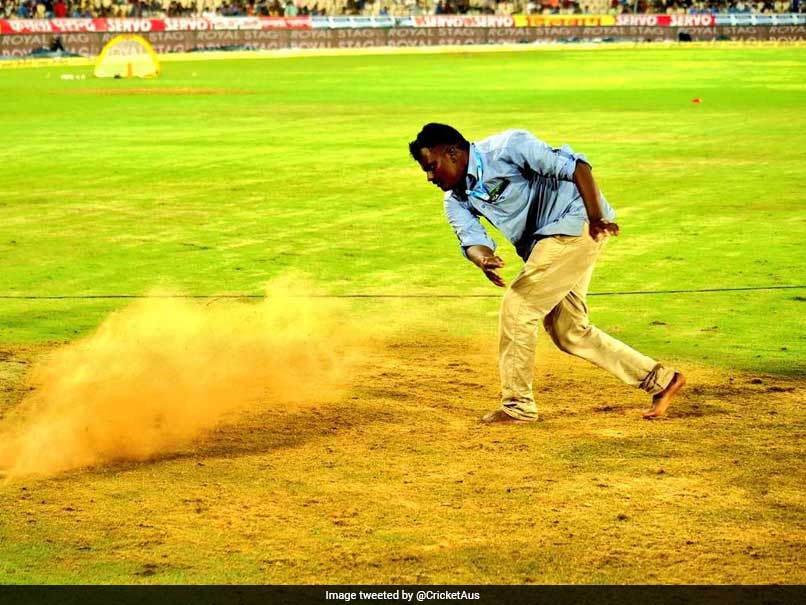 The match was called off due to a wet outfield© AFP

The final Twenty20 International match between India and Australia wascalled off without a ball being bowled on Friday due to a wet outfield at Rajiv Gandhi International Cricket Stadium, Hyderabad. As a result of the abandonment, the three-match T20 series ended tied 1-1. The two captains Virat Kohli and David Warner, umpires and match officials decided that no play could be possible because of a soft outfield. According to the umpires, the outfield was so sodden that there was no real chance of play despite the fact that it did not rain for quite a while.

The moment the match was cancelled, social media was flooded with reactions criticising BCCI for not having a proper drainage system at the stadium followed by poor infrastructure. While one tweet read, "HCA has poor Infrastructure. Administrators with no sports sense are ruining the beautiful game of cricket. Shame on @BCCI ! #INDvAUS," there were others who were critical of the scheduling of the matches during the monsoon season.

#HCA has poor Infrastructure. Administrators with no sports sense are ruining the beautiful game of cricket. Shame on @BCCI ! #INDvAUS

Bad scheduling. Whn monsoons stay in South till 15th Oct how could they schedule match in Hyd? Could have played it in North India #INDvAUS

@BCCI out of 49 venues in India, selectively all rainy destinations were chosen for t20 #INDvAUS

No rain for 24 hr still the ground was wet. This is sheer ignorance of ground person, @BCCI should definitely look into this mtr.#INDvAUS

Eden Gardens covered. May be BCCI can buy some covers like this for the stadium in Hyderabad. #IndvAus pic.twitter.com/nTP2yW4kOo

Hyderabad has been receiving heavy rains for more than a week now and the Met office had predicted rain for today as well.

With no reserve day in place, India and Australia will share the trophy. India won the first T20I by 9 wickets which was also a rain-curtailed match in Ranchi. Visitors came back strongly in the second T20I and won the match convincingly by 8 wickets at the Barsapara Cricket Stadium, Guwahati.

Sponsored by Vuukle
Comments
Topics mentioned in this article
India Cricket Team Australia Cricket Team Virat Kohli David Warner Rajiv Gandhi International Stadium, Hyderabad India vs Australia 2017 Cricket
Get the latest updates on Fifa Worldcup 2022 and check out  Fifa World Cup Schedule, Stats and Live Cricket Score. Like us on Facebook or follow us on Twitter for more sports updates. You can also download the NDTV Cricket app for Android or iOS.