Highlights, India vs Australia 3rd T20: The third match in Hyderabad was called off due to a wet outfield, series end at 1-1 draw. 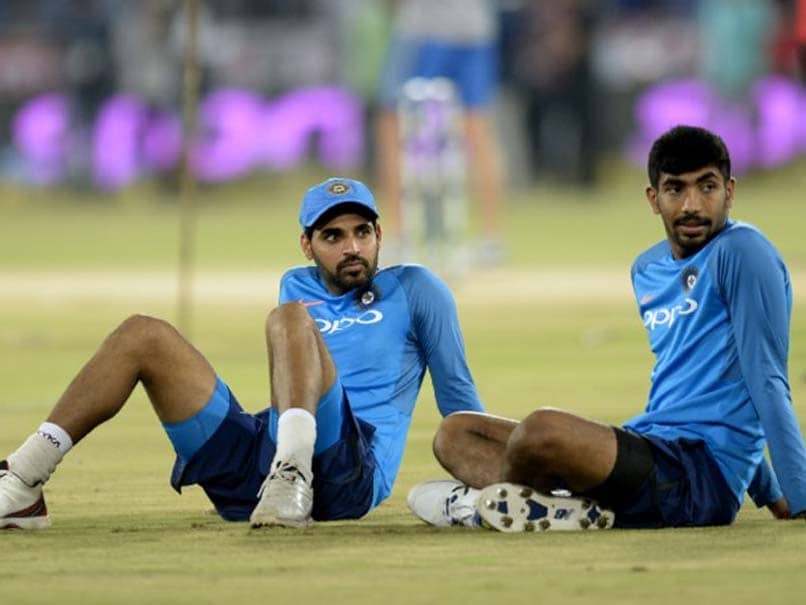 Highlights, India vs Australia 3rd T20: The match was called-off due to a wet outfield.© AFP

The third and final match of the three-match T20 series at Rajiv Gandhi International Cricket Stadium was called-off due to a wet outfield on Friday. With the match being abandoned, the series ended in a 1-1 draw. Initially, the toss was delayed as the ground was still wet due to heavy rainfall. After the first inspection at 19:00 IST, the umpires decided to wait a bit more. After the second inspection at 19:45, the umpires decided to call off the match which left both captains, Virat Kohli and David Warner, frustrated. Hyderabad has been receiving heavy rainfall for more than a week now and the Met office had predicted rain for today as well. India and Australia have won one match each in the three-match series. (Scorecard)

20:35 IST: Thank you for joining us for the India-Australia series. Do tune back when India take on New Zealand for Three One-Day Internationals, starting October 22.

The 3rd T20I against Australia has been called off due to a wet outfield. The series is drawn 1-1 #INDvAUS pic.twitter.com/mzM9dZUKzS

20:23 IST: Sad news folks, the third T20 match between India and Australia has been called off due to a wet outfield.

It's a waiting game in Hyderabad #INDvAUS pic.twitter.com/5vv6n2dPfI

19:47 IST:Some left handed batting practice for the Captain and vice-captain as we wait for a further update on the start of play.

Some left handed batting practice for the Captain and vice-captain as we wait for a further update on the start of play #INDvAUS pic.twitter.com/pG82JVyZIP

19:40 IST:While you are waiting for the India vs Australia match to begin, another cricket match is underway between Pakistan and Sri Lanka. Click for live scores.

19:34 IST:Ground staff working very hard to try and sort out the outfield.

18:55 IST:While we wait for an official word on the condition of the outfield, here is a trivia for you.Virat Kohli is only one hit away from scoring 200 fours in T20Is.

The toss has been delayed at the Rajiv Gandhi International Cricket Stadium. Next inspection at 7 PM IST. #INDvAUS pic.twitter.com/C3zRLSobI9

Take a look at the pitch for the 3rd and final T20I against Australia at Hyderabad. What's your prediction? #INDvAUS pic.twitter.com/vvLEJp0Sgz

18:05 IST:Team India leaving for the stadium.

ODI series won, now time to clinch the T20I series. #TeamIndia are off to the stadium for the third and final match. #INDvAUS pic.twitter.com/z7ABWMXmXG

18:00 IST: Hello and welcome to the live blog of the third and final T20 match between India and Australia.

With the thumping eight-wicket win over the hosts on Tuesday, Australia will go into series-decider with some serious momentum. India had a forgettable day at Guawahati in all departments after they lost the all-important toss. The highly-rated batsmen were found wanting against the swinging ball with rookie Australian pacer Jason Behrendorff doing the bulk of the damage. Captain Kohli was out for a rare duck and he, along with the rest of the batting line-up, would be eager to make amends.