Arrangements have been made at the Rajiv Gandhi International Cricket stadium, the venue of the match, to ensure that the match is held without any problem. 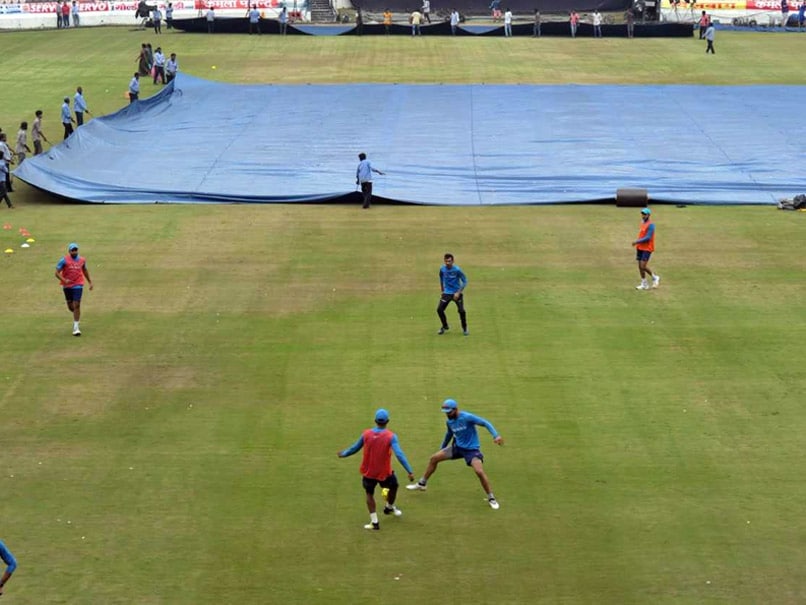 Rain may play spoilsport in the third and final T20 international between India and Australia with weather forecast indicating possibility of light to moderate rain. The city has been receiving good rainfall almost on a daily basis for about a week, throwing normal life out of gear.

Arrangements have been made at the Rajiv Gandhi International Cricket stadium, the venue of the match, to ensure that the match is held without any problem.

Curator YL Chandrasekhar said the recent rain has not affected the wicket.

However, the outfield was affected a bit and some fans were being used to dry the affected area.

A week of heavy rain in Hyderabad has left the outfield a little, umm, spongy. Not sure this is going to dry anything in a hurry #INDvAUS pic.twitter.com/ek9syWVZDy

The T20I series is locked 1-1 after Australia defeated India by eight wickets in the second match at Guwahati on October 10.

Sponsored by Vuukle
Comments
Topics mentioned in this article
Cricket India vs Australia 2017 Rajiv Gandhi International Stadium, Hyderabad
Get the latest updates on Fifa Worldcup 2022 and check out  Fifa World Cup Schedule, Stats and Live Cricket Score. Like us on Facebook or follow us on Twitter for more sports updates. You can also download the NDTV Cricket app for Android or iOS.