The third T20 match between India and Australia at Hyderabad was called off due to wet outfield. 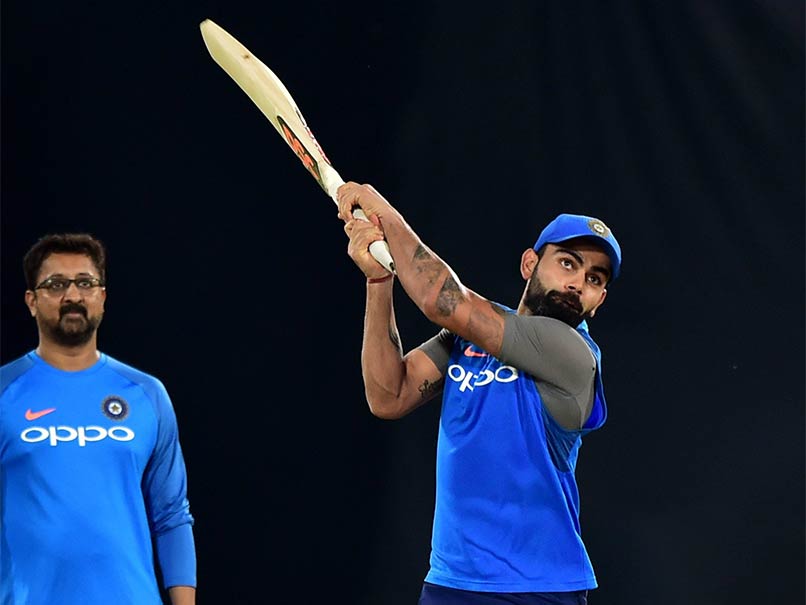 Fans had thronged the Rajiv Gandhi International Stadium, Hyderabad to witness an electrifying third Twenty20 International match between India and Australia to decide the winner of the series. After handing a 4-1 defeat to the Aussies, India were the clear favorites to win the T20 series. The hosts had won the first match and were looking to win the remaining two. However, David Warner-led side roared back in the second T20 to level the series and set up a virtual final on Friday. But due to wet outfield the match was called off and left the fans disappointing. However, in between all the chaos and field inspection, India batting stars, Virat Kohli, Rohit Sharma, Mahendra Singh Dhoni and Hardik Pandya took to the field to try left-handed batting, giving fans a reason to cheer.

The official Twitter handle of Board of Control for Cricket in India (BCCI) uploaded photos of them batting left-handed.

Some left handed batting practice for the Captain and vice-captain as we wait for a further update on the start of play #INDvAUS pic.twitter.com/pG82JVyZIP

Hyderabad had been receiving heavy rains for more than a week which left the outfield unfit for play. According to the umpires, the outfield was so sodden that there was no real chance of play despite the fact that it did not rain for quite a while. After the match was delayed, the ground at the Rajiv Gandhi International Stadium was inspected three times but despite all efforts from the groudstaff play was not possible.

BCCI uploaded a photo of both captains, Kohli and David Warner, sharing the trophy as the series ended in a 1-1 draw.

With no play possible in the third T20I in Hyderabad, the two captains @imVkohli and @davidwarner31 share the @Paytm Trophy. pic.twitter.com/Jq33HqEysJ

With the Australia series done and dusted, India now shift their focus to a three-match ODI and T20 series with New Zealand, commencing October 22.

Comments
Topics mentioned in this article
India Cricket Team Australia Cricket Team Virat Kohli MS Dhoni Hardik Pandya Kedar Jadhav India vs Australia 2017 Cricket
Get the latest updates on Fifa Worldcup 2022 and check out  Fifa World Cup Schedule, Stats and Live Cricket Score. Like us on Facebook or follow us on Twitter for more sports updates. You can also download the NDTV Cricket app for Android or iOS.