How Akshar Patel Became Axar. The Cricketer Clears The Confusion

The Gujarat left-arm spinner's name has been quite a mystery since he hit the limelight. 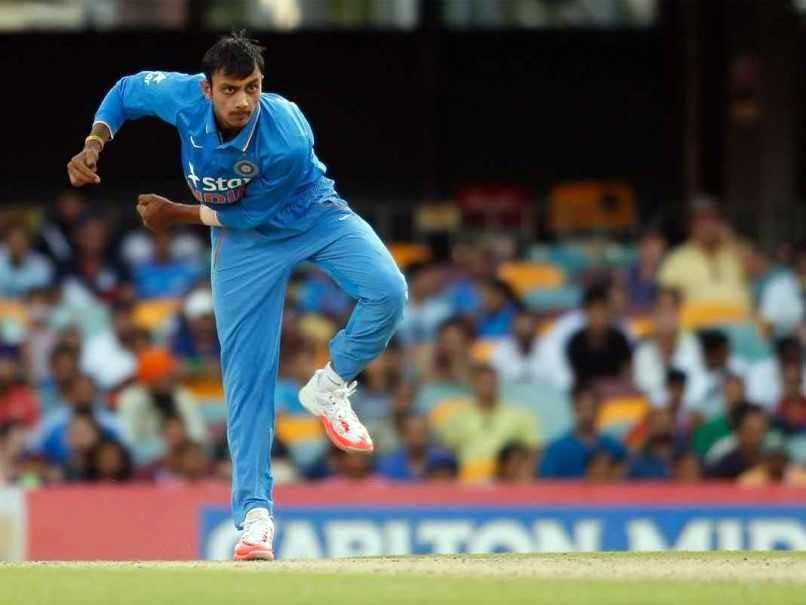 The mystery behind the left-arm spinner's name had flummoxed many from the time he hit the limelight.© AFP

Is it Axar Patel or Akshar Patel? The mystery behind the left-arm spinner's name had flummoxed many from the time he hit the limelight. The Gujarat cricketer's current name, Axar, was not the spelling given by his family and now the cricketer himself discloses the mystery behind the change. In a video interaction with his team-mates Hardik Pandya and KL Rahul, posted by the Board of Control for Cricket in India (BCCI) on Twitter, Patel revealed the mystery behind the spelling of his name. The three cricketers were involved in a lively chat on the flight to Bengaluru, where India are scheduled to play their fourth ODI against Australia.

"In the certificate, school principal wrote Axar instead Akshar. All resulting documents -- passport, driver's licence -- had Axar Patel. So, I decided to continue writing Axar not Akshar," the 23-year-old said.

The BCCI selectors on Sunday included Patel in the Indian squad for the last two one-dayers of the ongoing series against Australia, replacing Ravindra Jadeja.

Patel had twisted his ankle before the series-opener in Chennai, therefore, the selectors had included Jadeja in the 15-man squad as a cover.

India have already sealed the series with a comfortable five-wicket win over Australia in the third ODI in Indore.

Comments
Topics mentioned in this article
India Cricket Team Australia Cricket Team Axar Patel Lokesh Rahul Hardik Pandya M.Chinnaswamy Stadium, Bengaluru India vs Australia 2017 Cricket
Get the latest updates on Fifa Worldcup 2022 and check out  Fifa World Cup Schedule, Stats and Live Cricket Score. Like us on Facebook or follow us on Twitter for more sports updates. You can also download the NDTV Cricket app for Android or iOS.