Jasprit Bumrah takes over as interviewer from fast bowler in funny video. 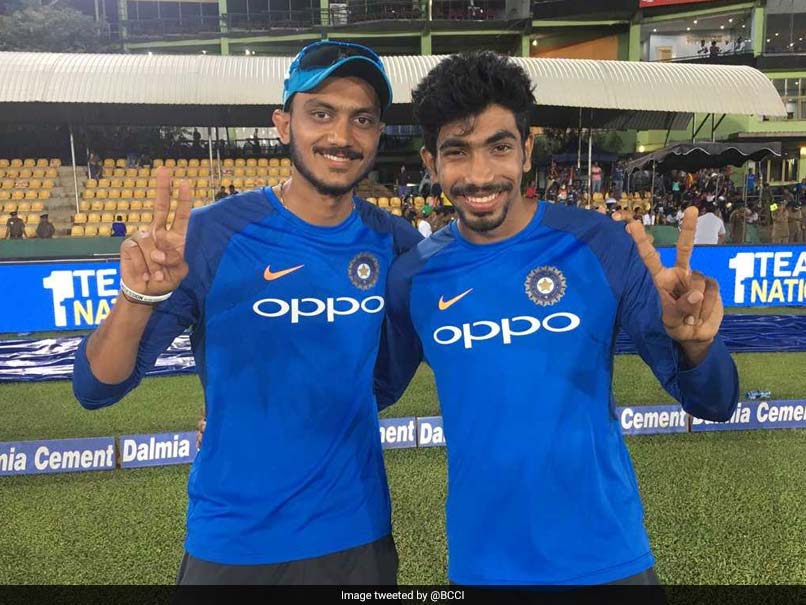 Jasprit Bumrah donned the hat of a reporter and fired questions at Axar Patel.© Twitter

The Indian cricket team seems to be enjoying its time in Sri Lanka on and off the field. The players look to be in high spirits and revelling under the captaincy of Virat Kohli. Following India's emphatic win over Sri Lanka in the first ODI at Dambulla, all-rounder Axar Patel and pacer Jasprit Bumrah were seen in a must-watch Q&A session. Bumrah donned the hat of a reporter and tried to bounce out Axar on more than one occasion but to the credit of the all-rounder, he easily negotiated whatever the pacer had to throw at him.

Bumrah started off with a couple of half-volleys to rope Axar into his trap before delivering a bouncer.

The Indian pacer started off by asking Axar how he felt after returning to India's playing XI.

"I am feeling very happy. I have returned after some time, almost six to seven months, so feeling good. I was not thinking too much about today's match (1st ODI). My plan was to perform how I did when I was first picked to play for India and I stuck to that plan. I didn't think too much about the comeback and didn't think of experimenting too much either," Axar answered.

Just when he would have thought he had the number on his teammate, Bumrah decided to ruffle the feathers.

"Are you disappointed that you did not get the Man of the Match award," Bumrah asked.

Axar gave a quick smile before answering, "The way Shiki bhai (Shikhar Dhawan) batted, he deserved to be the Man of the Match. The good thing is everyone is performing in the team and we are not dependent on individuals."

Axar was the pick of the Indian bowlers on Sunday, taking three for 34 as Sri Lanka were bundled out for 216 after being put into bat. Dhawan and skipper Kohli made a mockery of the target, securing the match with 21.1 overs to spare.

Dhawan smashed a whirlwind 132 not out and strung together an unbeaten 197-run partnership for the second wicket with Kohli.

Comments
Topics mentioned in this article
India Cricket Team Sri Lanka Cricket Team Axar Patel Jasprit Bumrah Shikhar Dhawan Sri Lanka vs India 2017 Cricket
Get the latest updates on Fifa Worldcup 2022 and check out  Fifa World Cup Schedule, Stats and Live Cricket Score. Like us on Facebook or follow us on Twitter for more sports updates. You can also download the NDTV Cricket app for Android or iOS.