Virat Kohli's Day Out With The 'Gentle Giants' In Sri Lanka

Team India won the first ODI at Dambulla by 9 wickets. 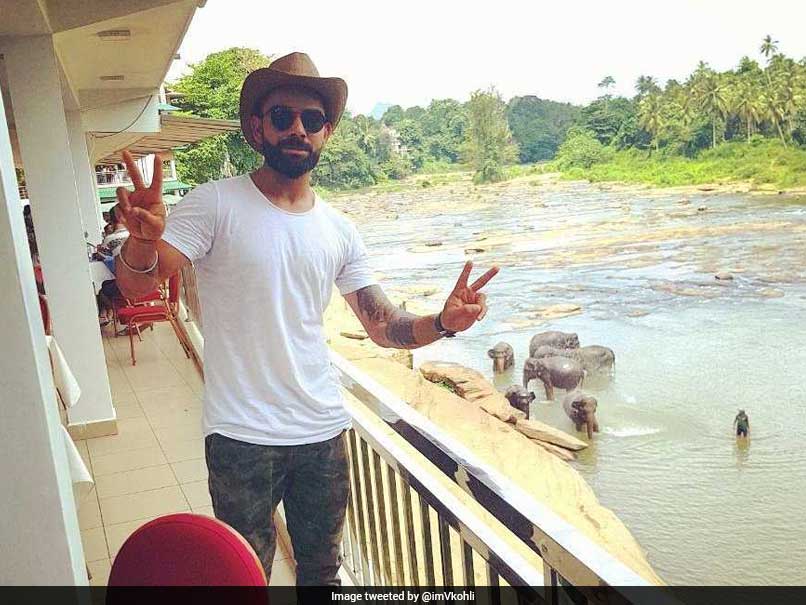 Virat Kohli seems to be enjoying his time away from the cricket field.© Twitter

Virat Kohli is a cricketing giant on the field and it was once again on display when the Indian skipper along with opener Shikhar Dhawan blew away the Sri Lanka bowling attack to help the visitors register a resounding win against the hosts in the first ODI at Dambulla. However, Kohli was put in the shadow when he visited what he dubbed as the "gentle giants". On Monday, the Indian captain posted a picture on his Twitter handle of standing close by to a group of elephants, seemingly having a gala time in a lake.

Kohli wrote: "Recent day out around these gentle giants! Such innocence and playfulness was blissful to see."

Recent day out around these gentle giants! Such innocence and playfulness was blissful to see. pic.twitter.com/zxXR5WQdqb

Kohli and Co. have been on fire on their tour to Sri Lanka. The Indians whitewashed the hosts 3-0 in the Tests, the first time they have had a clean sweep in a 3-match Test series outside of India.

Sri Lanka were completely outdone by the Indian juggernaut, losing the first Test by a whopping 304 runs and the subsequent two by an innings.

In the first ODI as well, the Sri Lankans had no answer to India's strong batting line-up and fell to a humiliating nine-wicket loss in Dambulla.

The hosts had started well after being put into bat, but it all turned sour by the mid-innings as the Indian spinners came to the party.

After dismissing the hosts for 216, the Indian batsmen went about their business in clinical fashion. Rohit Sharma was very unfortunate to be run out but that only seemed to compound Sri Lanka's problem as Kohli and Dhawan stitched together an unbeaten 197-run partnership for the second wicket as India chased down the target with 21.5 overs to spare.

The second ODI will be played at the Pallekele International Cricket Stadium on Thursday.

Comments
Topics mentioned in this article
India Cricket Team Sri Lanka Cricket Team Virat Kohli Sri Lanka vs India 2017 Cricket
Get the latest updates on India vs Australia Series, check out the India vs Australia Schedule for 2020-21 and Ind vs Aus live score . Like us on Facebook or follow us on Twitter for more sports updates. You can also download the NDTV Cricket app for Android or iOS.