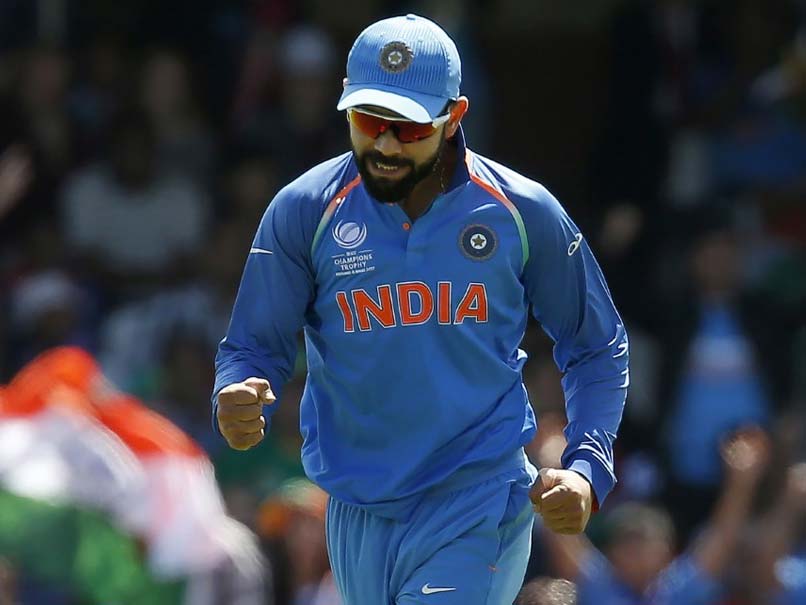 Aggression was the name of the game in the ICC Champions Trophy second semi-final at Edgbaston, with the Bangladesh batsmen taking it to the Indian bowlers. Sabbir Rahman was using the long handle to great effect and India captain Virat Kohli's frustration was becoming increasingly more evident as the scoreboard kept rattling along. But once Bhuvneshwar Kumar got rid of Sabbir with a slower ball, Kohli gave the batsman a classic send-off.

Kohli exulted and punched his right fist in the air in celebration. The camera also captured the skipper's rather explicit comments.

Bhuvneshwar, who claimed Soumya Sarkar as his first scalp, also looked charged up after claiming his second wicket in the form of Sabbir.

Sabbir struck four boundaries in his 21-ball 19 runs knock and looked comfortable at the crease after Bangladesh lost their opener Sarkar for a duck.

Just after Sabbir hit his fourth boundary, Bhuvneshwar was seen having a conversation with his skipper. Finally the plan between the bowler and his captain worked out.

Sabbir gave an easy catch to Ravindra Jadeja at backward point while trying to play a slower delivery from Bhuvneshwar.

Earlier, Kohli won the toss and elected to field. Light rain delayed the toss and overcast conditions would have encouraged Kohli to believe there would be assistance for his pacemen.

Both India and Bangladesh retained the sides that defeated South Africa and New Zealand respectively in the final round of the group stage.

Comments
Topics mentioned in this article
India Cricket Team Bangladesh Cricket Team Virat Kohli Sabbir Rahman Ravindra Jadeja Bhuvneshwar Kumar ICC Champions Trophy 2017 Edgbaston, Birmingham Cricket
Get the latest updates on ICC T20 Worldcup 2022, check out the Schedule and Live Score. Like us on Facebook or follow us on Twitter for more sports updates. You can also download the NDTV Cricket app for Android or iOS.