Shoaib Malik is playing his 250th ODI for Pakistan and tennis champion wife Sania Mirza could not be prouder. 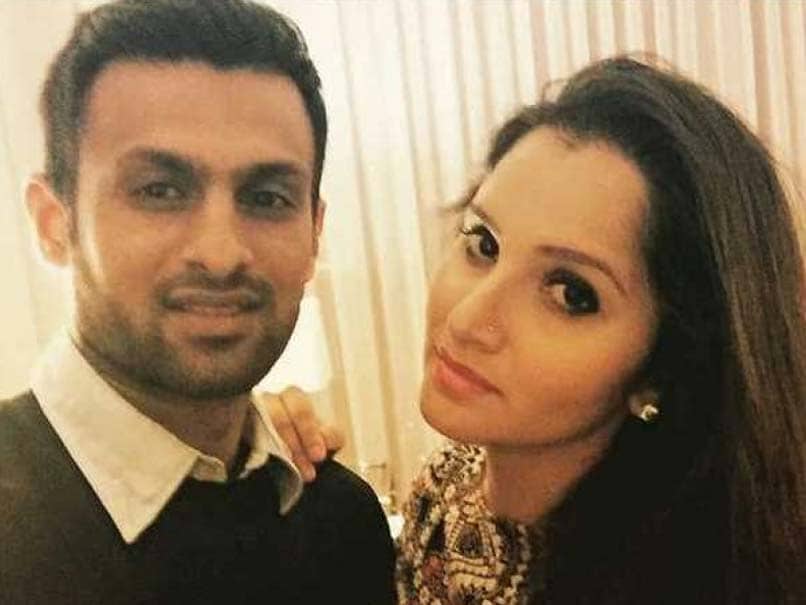 Shoaib Malik is playing in his 250th One-Day International for Pakistan and none other than his wife, Indian tennis star Sania Mirza, is there to cheer him on. Pakistan are playing Sri Lanka in the last and crucial group stage match of the ICC Champions Trophy in Cardiff. The winner will qualify for the semi-finals of the tournament. Sania lauded her husband's commitment to his game and was extremely proud of him for reaching the landmark.

"It shows his commitment to Pakistan, and to cricket. I've always known him to be someone full of passion for playing and representing his country, and it's a very proud moment," said Sania in a video on Facebook. "Very proud of him, for everything that he has achieved, and I wish him all the best."

Sania has come to England after participating in the French Open in Paris. She lost in the quarter-finals of the mixed doubles event with partner Ivan Dodig to eventual champions Rohan Bopanna and Gabriela Dabrowski.

She will next be seen in the Aegon Classic in Birmingham. The tournament is used by players as a warm-up grass court tournament ahead of the third Grand Slam of the year - Wimbledon.

As an athlete couple, it can get tough to coordinate so Sania and Shoaib stay connected over the phone as much as possible. But there are instances when their schedules coordinate. For example, the Pakistan team was playing in Australia during the Australian Open.

This week, Sania has no tournaments so she hopped over to England early. "Sometimes our schedules match, and I get a week off. So instead of going back to India or Dubai, I came here," Sania added.

Sania is a self-confessed cricket lover and tries to watch the game as much as possible. Though the French Open schedule didn't allow much free time to watch the ongoing Champions Trophy, she did manage to watch the India game and when Pakistan beat South Africa.

Comments
Topics mentioned in this article
Pakistan Cricket Team Cricket ICC Champions Trophy 2017 Shoaib Malik Sania Mirza
Get the latest updates on ICC Women's Cricket World Cup 2022 and IPL 2022, check out the Schedule , Live Score and IPL Points Table. Like us on Facebook or follow us on Twitter for more sports updates. You can also download the NDTV Cricket app for Android or iOS.