The South African pacer is aiming to make up for the team's defeat to Pakistan when they take on India in the crucial tie on Sunday. 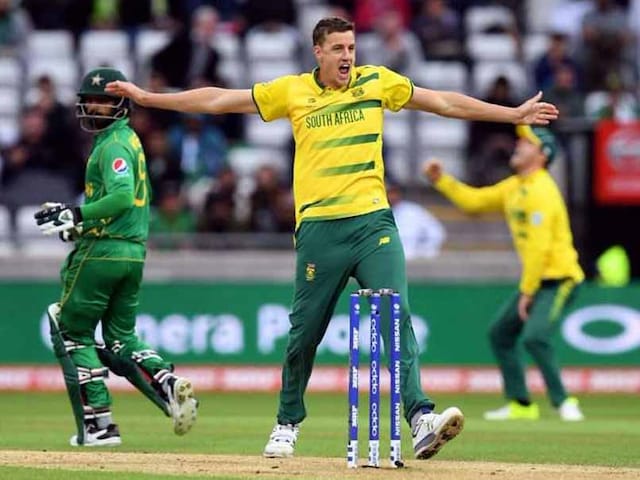 Sunday's ICC Champions Trophy match against India will be crucial for South Africa after their 19-run loss to Pakistan under the Duckworth/Lewis method at Edgbaston on Wednesday and ace pacer Morne Morkel is backing his team to 'deliver something special'. A win on Sunday will keep South Africa's hopes of making the semifinals alive. With figures of 3/18 in seven overs, Morkel was the standout performer in the defeat. "Sunday is a big day for us. It's going to take a big team effort to knock over India. But we have to back ourselves to win," Morkel said post the match on Wednesday. "Hopefully on Sunday we can turn it up and deliver something special."

He is aware of the threat Virat Kohli could pose and when asked what plans he has for the India captain, who made an unbeaten 81 against Pakistan last weekend, Morkel told reporters: "I was hoping you guys could tell me that".

Morkel, a veteran of 111 ODIs, may have done enough to retain his place after an uncertain period. "The last eight months there have been a lot of uncertainties. When I got on the field, I said to myself this is really an opportunity for me to stand up and unfortunately it wasn't meant to be," the 32-year-old Morkel said.

Meanwhile, South Africa's coach Russell Domingo has backed AB de Villiers, who has had a quiet tournament so far, to fire against India.

Batting mainstay de Villiers fell cheaply in the team's two outings including a first-ball duck in his 212th ODI innings against Pakistan, but Domingo refused to read much into it. "Everybody gets first-ballers, it's just taken him 200 games. I've got no concerns with AB de Villiers," said Domingo.