Shami stopped in is tracks, turned back and moved towards the fan to confront him. However, former Indian captain MS Dhoni stepped in to diffuse the situation and calm Shami down. 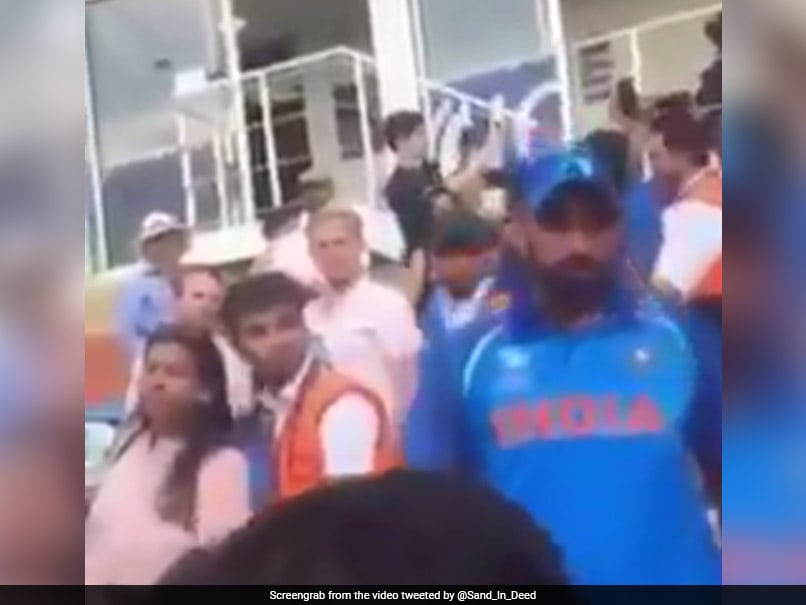 Dhoni prevented Shami from confronting a Pakistani fan at The Oval.© Twitter

Pakistani fans were in full voice after their team's comprehensive win over India in the Champions Trophy final on Sunday. Sarfraz Ahmed's boys, who lost to India by 124 runs (DLS) in the group stage, crushed Virat Kohli's defending champions by 180 runs at The Oval. Passions always run high during India-Pakistan contests, but one fan went a little overboard as the Indian cricketers made their way back to the pavilion. "Akad toot gai hai teri Kohli saari haa, akad toot gai hai," he shouted at the Indian captain, who did not react. However, pacer Mohammed Shami lost his cool when the fan said "Baap kaun hai," multiple times as he walked by.

Mohammad Amir removed all of India's top three as Pakistan routed their arch-rivals.

Comments
Topics mentioned in this article
India Cricket Team Pakistan Cricket Team Mohammed Shami MS Dhoni Cricket The Oval, London ICC Champions Trophy 2017
Get the latest updates on IPL 2021, check out the IPL 2021 Schedule and Indian Premier League Live Score . Like us on Facebook or follow us on Twitter for more sports updates. You can also download the NDTV Cricket app for Android or iOS.