Champions Trophy 2017: After Sri Lanka Loss, Virat Kohli Did Some Tough Talking In The Dressing Room

Kohli's side crushed South Africa by eight wickets at The Oval in their final Group B fixture to set up a likely semi-final showdown with Bangladesh on Thursday. 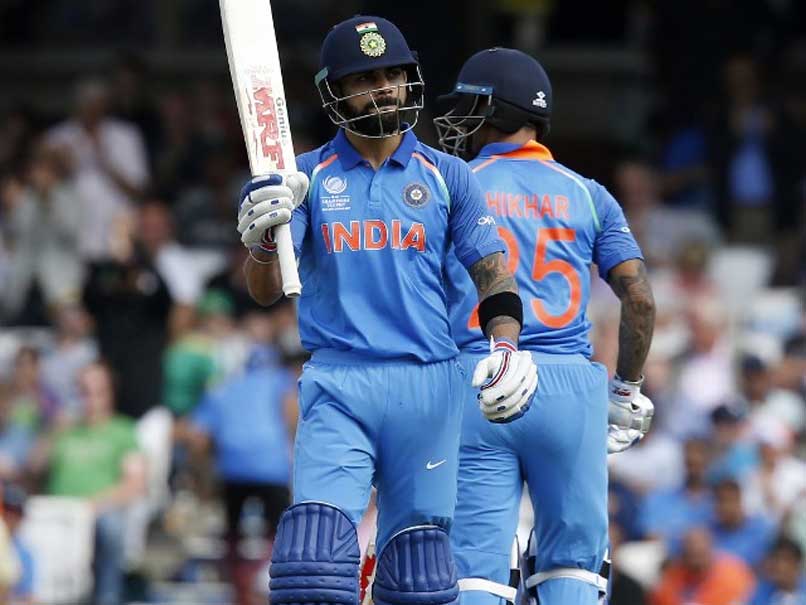 Virat Kohli's side crushed South Africa by eight wickets at The Oval.© AFP

Indian captain Virat Kohli said his team's Champions Trophy demolition of South Africa on Thursday was fuelled by his refusal to spare his players from criticism in the dressing room. The Men in Blue crushed the Proteas by eight wickets at The Oval in their final Group B fixture to set up a likely semi-final showdown with Bangladesh on Thursday.

India had to win to avoid elimination after slumping to a shock loss against Sri Lanka, a spluttering performance that prompted Kohli to let his team know where they were going wrong.

Rather than sugar-coat his comments to save his players' pride, the India captain made it clear they had to improve and he was delighted with how they responded in the make or break clash on Sunday.

"You have to be honest. You have to sometimes say things that hurt. That's what I believe in," he said.

"You have to lay it out in front of them that this is what we did wrong, including me, and we need to take it on the chin and accept it and prove it.

"You can't do the same mistakes over and over again. That sort of mindset is really helping all of us to come together as a unit and make things happen.

"It's not about asking two, three players to do it. We are asking everyone to do it and everyone is responding really well.

With India and Bangladesh joining hosts England in the last four and the winner of Monday's Sri Lanka against Pakistan match taking the last semi-final berth, it's been a strong tournament for the teams from the sub-continent.

Kohli acknowledged the amount of one-day cricket played in the region was a factor, but he has also been impressed with the way India have adapted to the English conditions.

"Maybe because of how much limited-overs cricket we play, I think the players are getting more experienced in difficult situations," he said.

"Maybe some of the teams have really surprised the opposition with the way they have batted and bowled in certain situations."

Comments
Topics mentioned in this article
India Cricket Team Virat Kohli ICC Champions Trophy 2017 Cricket
Get the latest updates on India vs Australia Series, check out the India vs Australia Schedule for 2020-21 and Ind vs Aus live score . Like us on Facebook or follow us on Twitter for more sports updates. You can also download the NDTV Cricket app for Android or iOS.