The race beyond the chequered flag 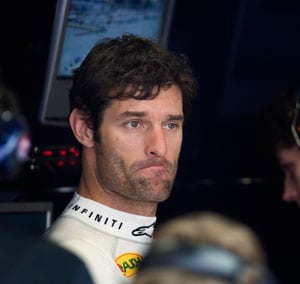 Formula one drivers are like match sticks. You take the spark off their tip and the rest becomes meaningless.

Formula one drivers are like match sticks. You take the spark off their tip and the rest becomes meaningless.

If you win the race, then of course your champagne tastes the sweetest, but if you've seen an ugly tail fly past the finish line, then the real race has just begun for you.

It's the conscience that is  racing against your talent, hopes and most importantly the belief. I first saw Barrichello suffer it, then it was Felipe Massa and now it is Mark Webber.

The understanding of being a second never really appeals to the mind. Just like children developing a hatred for their new born siblings, because they are the more cared ones; its not the defeat that hurts, its the acceptance of it by the people around you.

In a sport which gave the world the statement - 'A runner up is the first amongst the losers' - how is it possible for a driver to take his foot off the pedal when he is banging tyres with an opponent? More so if it is at the top of the table.

Formula one is a place where victory is imperative and defeat is unacceptable. Despite being the fastest sport, defeat does not come in the usual clinch that other sports may have to offer, it comes in little packages which act as mementos to remind you of a failure, which is a bitter pill to digest.

Comments
Topics mentioned in this article
Formula 1 Mark Webber
Get the latest updates on IPL 2021, IPL Points Table , IPL Schedule 2021 , live score . Like us on Facebook or follow us on Twitter for more sports updates. You can also download the NDTV Cricket app for Android or iOS.