Kimi Raikkonen great but a clear strategy is what Ferrari need 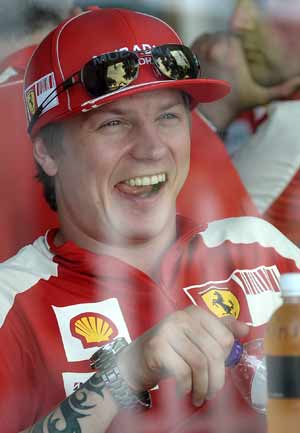 Expecting the Finn to make Ferrari fly on the tarmac from next year may well be what is farthest from the truth. After all, every gifted driver needs a completely devoted team to make magic happen.

He may be known as the Flying Finn but Kimi Raikkonen's wings will now be under tremendous strain. Piggybacking Ferrari will not be an easy on the man who won nine Grand Prix titles with the side earlier.

In fact, the last time Ferrari won the title was in 2007 when the 33-year-old racer nudged past Lewis Hamilton to finish with 110 points and the drivers' championship. That was before a certain Red Bull stepped in, stampeding its way forward.

The current scenario, for reference, shows exactly why Raikkonen can only do so much for the Italian team this time around. Ferrari's Fernando Alonso may be second as things stand before the Singapore GP but he is trailing Sebastian Vettel by a massive 53-point deficit. And it is precisely this deficit that has highlighted all the things Red Bull have done right and what Ferrari have not.

Reflecting on news reports, if I could be awarded a win for each time I read somebody complaining about Ferrari's pace this year, I would have become the undisputed Formula One champion by now. The frustration of always being in the rear-view mirror of Red Bull has been, well, frustrating. "For sure we have seen that we have lost apparently the gap that we had in the first races during the race. The race pace we were clearly very strong, now in this condition at least today we have seen that we were not really where we wanted [to be], in both conditions, soft and medium," said Ferrari team principal Stefano Domenicali after the Hungarian Grand Prix.

While Alonso has still managed to do the best with what he has had at his disposal, teammate Massa has only been hopeful of a performance that has hardly come his way. "I just need to concentrate on the next race and concentrate on the results," he has said after the Belgian GP. Well sir, race and time are both running out!

True that Ferrari have been burning the midnight oil in their bid to equip the car with more fighting capabilities. The updates though have hardly helped the car lift an arm, let alone pack a punch! Now, if Raikkonen is being looked at as the man who can do what Massa couldn't, I would be better off not commenting on Ferrari's gambling skills.

Raikkonen may be a more talented, extremely experienced F1 competitor. His arrival to the Italian camp will surely help Ferrari. He however is not a wand-wavering wizard. Not by any stretch of the unforgiving tarmac. He will need every bit of support that he can muster form his new team in the new season if he has to challenge the might and pace of Red Bull and the threats posed by other teams as well.