Virat Kohli is currently in the city of Manchester, which also currently has football superstar Cristiano Ronaldo. Premier League outfit Manchester United took to Twitter to hail the India captain. 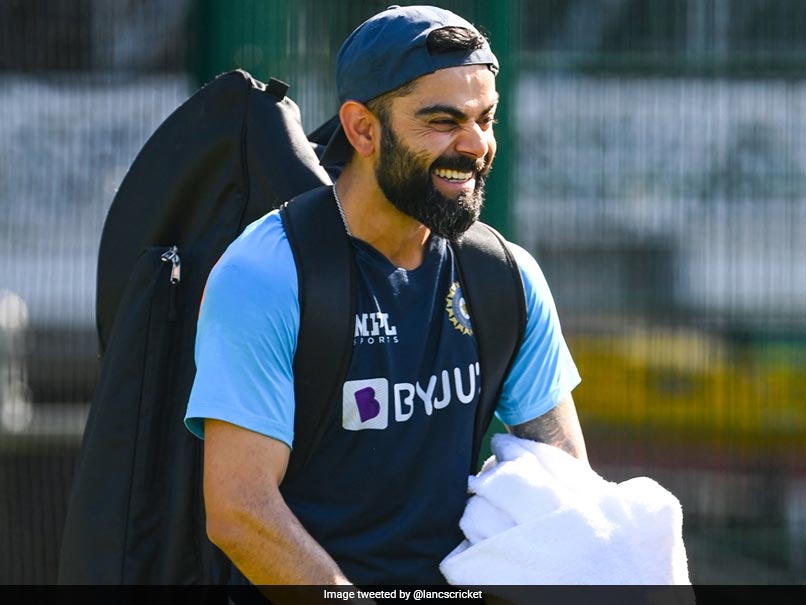 The city of Manchester is currently buzzing with excitement, with two legendary sporting personalities - Virat Kohli and Cristiano Ronaldo - preparing for a high-octane weekend. The Portuguese superstar is expected to make his second Manchester United debut in the Premier League, when they take on Newcastle United at Old Trafford on Saturday. Meanwhile, Kohli is in Manchester for India's fifth and final Test match against England, which starts from September 10. So, fans were left drooling in anticipation when Lancashire Cricket took to Twitter to post a photo of Virat Kohli, asking everyone if they fancied "a joint training session" between the Indian cricket captain and Ronaldo at Old Trafford. United decided to cherish the moment, commenting, "One city, two GOATs".

United's reply was well-received by fans, with many hailing Kohli.

One fan pointed out that there could be chaos in the parking lot during the fifth Test match due to Kohli's presence. He wrote, "I'm only seeing the parking nightmare."

I'm only seeing the parking nightmare

Another user stated, "Today I realised Manchester is Red and will always be."

Today I realised Manchester is Red and will always be

Kohli will be hoping to lead India to victory in the final Test, but the cloud of COVID-19 hangs over the fixture after a member of the India support staff tested positive on Thursday.

India currently lead 2-1 in the five-match series, and won the fourth fixture by 157 runs.

Rohit Sharma slammed his first overseas Test century, scoring 127 off 256 balls at The Oval, helping India take a lead in the series. Meanwhile, Kohli also contributed with a half-century during his team's first innings.

Old Trafford, Manchester
Get the latest updates on ICC Women's Cricket World Cup 2022 and IPL 2022, check out the Schedule , Live Score and IPL Points Table. Like us on Facebook or follow us on Twitter for more sports updates. You can also download the NDTV Cricket app for Android or iOS.