ENG vs IND: Meme Fest On Twitter As "Lord" Shardul Thakur Shines With The Bat Again

On Day 4 of the fourth Test at The Oval, Shardul Thakur scored his third Test fifty, his second of the match, and fans on Twitter just couldn't keep calm. 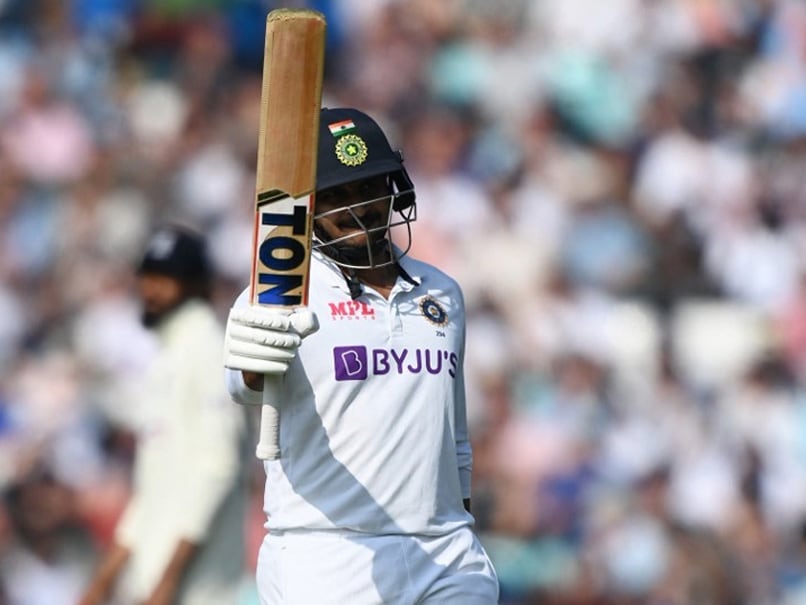 Shardul Thakur hit a 36-ball 57 in the first innings of the fourth Test at The Oval, London to get India out of a massive hole on Day 1. His quickfire fifty brought some respectability to India's total as they posted 191 all out. In the second innings, things were slightly different with India in a better position than they were in the first. However, the visitors were still in a spot of bother leading only by 213 runs with four wickets remaining. Shardul once again showed his prowess with the bat and along with Rishabh Pant put on 100 runs for the seventh wicket to put the visitors in a position of strength. Shardul smacked 60 off just 72 balls, outscoring even the free-flowing Pant.

Shardul's making a habit of bailing India out of tough situations with the bat in hand. He had notched a maiden Test half-century during the Gabba Test, and that knock proved crucial to India's cause in the end.

So, it's no surprise that fans have christened him "Lord" Shardul Thakur thanks to his batting heroics.

On Day 4 of the fourth Test at The Oval, as Shardul reached his third Test fifty, fans on Twitter just couldn't keep calm. They eulogized him by posting some brilliant memes.

It was a complete meme fest on the social media platform but we tried to pick the best ones out.

England bowlers after watching shardul batting be like #Shardulthakur pic.twitter.com/ooUBxpaXv7

Rohit Sharma, though, was the star of the show for India in the second innings, scoring his maiden overseas Test century to lead the team's fightback. KL Rahul (46), Chetestwar Pujara (61) and Virat Kohli (44) also played their part.

Shardul's knock of 60 along with some crucial contributions from Pant (50), Umesh Yadav (25) and Jasprit Bumrah (24) helped India set England a target of 368-run target.

However, England, to their credit, went toe to toe with India towards the end of Day 4. Openers Rory Burns and Haseeb Hameed made sure the hosts didn't lose any wickets, ending the day on 77 for no loss, needing 291 more runs to win on the final day of this riveting Test.

Rishabh Pant England vs India, 2021 Cricket
Get the latest updates on SA vs IND 2021-22, check out the Schedule and Live Score . Like us on Facebook or follow us on Twitter for more sports updates. You can also download the NDTV Cricket app for Android or iOS.