"Far Ahead Than The Rest," Says Sourav Ganguly After India's Thumping Win Over England In 4th Test

Former India captain and current BCCI president Sourav Ganguly took to Twitter to applaud Team India's efforts after the Virat Kohli-led side registered a thumping win over England in the 4th Test on Monday. 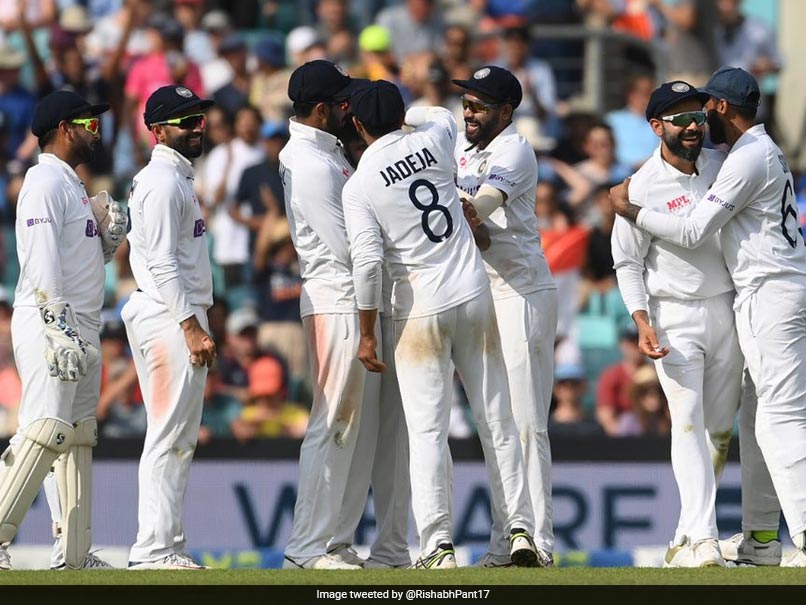 India outclassed England on Day 5 of the fourth Test at The Oval to take an unbeatable 2-1 lead in the five-match series on Monday. India, captained by Virat Kohli, secured a comfortable 157-run win after bowling England out for 210 in their second innings. After the win, former India captain and current president of the Board of Control for Cricket in India (BCCI) Sourav Ganguly took to Twitter to applaud the team's effort and said "Indian cricket is far ahead than the rest."

"Great show ..The skill is the difference but the biggest difference is the absorbing power of pressure..indian cricket is far ahead than the rest @BCCI," Ganguly tweeted.

Great show ..The skill is the difference but the biggest difference is the absorbing power of pressure..indian cricket is far ahead then the rest @BCCI

In the match, India were bowled out for 191 in the first innings under overcast conditions after being sent in to bat by England skipper Joe Root.

England managed to score 290 runs in their first essay, taking a crucial first-innings lead of 99 runs.

Rohit Sharma laid the foundation of a big total by scoring his first overseas Test century as he smashed 127 runs in the second innings. He hit 14 boundaries and brought up the milestone with a huge six over long-on off Moeen Ali.

Handy contributions from lower order, including Shardul Thakur's 60 and Rishabh Pant's 50, helped India to a massive total of 466.

Chasing 368 runs for the win, England got off to a solid start but despite a 100-run opening stand, the visitors crumbled under pressure and eventually lost the match by a big margin.

The fifth and final Test of the series will be begin on September 10 at Old Trafford in Manchester.

England Cricket Team England vs India, 2021 England vs India, 4th Test Cricket
Get the latest updates on ICC Women's Cricket World Cup 2022 and IPL 2022, check out the Schedule , Live Score and IPL Points Table. Like us on Facebook or follow us on Twitter for more sports updates. You can also download the NDTV Cricket app for Android or iOS.