England vs India: Former England captain Michael Vaughan's outspoken comments on Twitter on the Manchester Test getting cancelled ruffled the feathers of some cricket fans. 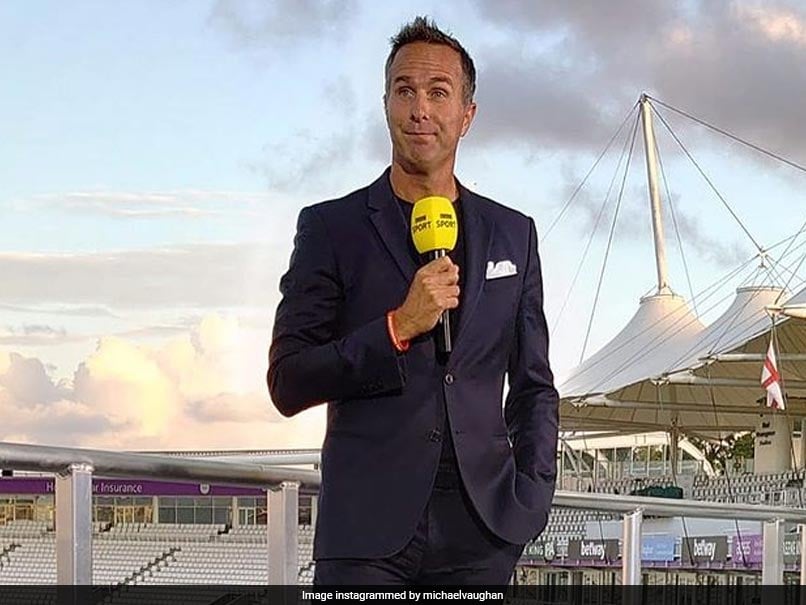 Michael Vaughan wasn't too happy with the Manchester Test getting cancelled.© Instagram

Michael Vaughan's outspoken comments on Twitter have often put him at loggerheads with fans on the social media platform. And yet again, the former England captain ruffled the feathers of some Twitter users, by claiming that somehow India had "let English cricket down". The Englishman's tweet came after the fifth and final Test in Manchester was cancelled due to COVID-19 concerns in the Indian camp. After coach Ravi Shastri and two other support staff members had tested positive, India's physiotherapist also tested Covid positive on the eve of the fifth Test.

Just over two hours before the scheduled start of the fifth Test on Friday, the England and Wales Cricket Board (ECB) announced that fears over the coronavirus, related to an outbreak among backroom staff, had left India unable to field a team at Old Trafford.

In December 2020, England had called of their tour of South Africa following the a Covid outbreak 19 among both teams' camps and staff at their hotel. And despite mentioning this in his tweet, Vaughan still took a pot shot at India on Twitter.

Indian fans were not impressed with what the former England batsman had to say, and made their feelings known in the comment section.

Covid and condemnable security of England (People like jarvo can enter the field thrice) have let down the international cricket.

england had LARGE CROWDS, no security what so ever, with people running on grounds, no bio bubble restrictions etcblame eng before anyone else.

Yes. India let England down by completing the 4th Test despite the coaches testing positive.
And England certainly didn't let India down by treating Jarvo as a joke and not a shambolic and grave error.
You've got it all right, Mr Vaughan

How is India the bad guy here, it was entirely ECB's decision to not to falicitate strict bio-bubbles. People like you were touting about your vaccination numbers and now when things went south, you've very conveniently shifted the blame to Indians.

you're one to speak. english players were reluctant to play the ashes if family weren't allowed. and when Indian players refuse to play to protect themselves and their family from the virus, you have a problem. double standards much?

Err! England was requested by BCCI to get this game moved up to the start of the series but then ECB did have the 100s to complete, right?

Did South Africa asked England to forfeit the whole series ?

We played an excellent 4 Test matches this series and this is how you feel about it ?
Its England's mistake, tbh. Should have gone with stricter protocols and bubbles.

Covid and condemnable security of England (People like jarvo can enter the field thrice) have let down the international cricket.

Indian Cricket team did not catch Covid in India,it caught in England.Players are right to be concerned about Covid outbreak,considering that some of them have to play T20 World Cup also.And some of them may or have devloped symptoms as the physio has caught the Covid.

England let Indian cricket down.
Poor measures by England board. Large crowds, no social distancing, no bio bubble, fans running into the field.

England board chief Tom Harrison rubbished reports that the resumption of IPL 2021 (on September 19) had played a part in the cancellation of the fifth Test in Manchester.

"Let me be super-clear about this -- I don't think the IPL has got anything to do with this," he said. "This is not a situation which has been created by a rescheduled IPL. I fundamentally do not believe that for a second."

Covid-19 is an acceptable reason for cancelling a match under the regulations for the World Test Championship if it has a significant impact on a side's ability to field a team.

"I think we have to just take a breath and, obviously, do some work with the ICC (International Cricket Council) to formally ask them to adjudicate on the result of this," said Harrison.

"Obviously I think you'll be aware that BCCI offered to reschedule the match, which is good news.

"I think at this point we are looking forward to making sure that we can reschedule this match at some point in the near future.

"And then, we separately have ICC adjudicate over whether this series is completed now and needs to be effectively whether that fifth match is null and void or whether it's actually regarded as something else, a forfeiture or something else."

India Cricket Team England vs India, 2021 IPL 2021 Michael Vaughan Cricket
Get the latest updates on IPL Auction 2023 and check out  IPL 2023 and Live Cricket Score. Like us on Facebook or follow us on Twitter for more sports updates. You can also download the NDTV Cricket app for Android or iOS.