Cheteshwar Pujara's absence from the playing XI for the 1st Test has become a point of debate. 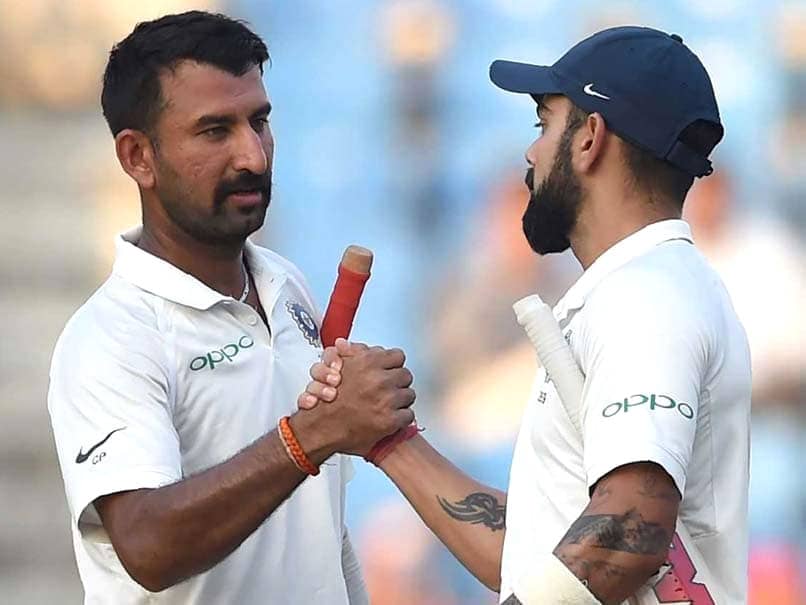 Cheteshwar Pujara was a surprise exclusion from the India playing XI for the 1st Test.© AFP

Cheteshwar Pujara was left out of the India playing XI for the first Test against England at Edgbaston, which the visitors went on to lose by 31 runs. The right-hander's exclusion raised quite a few eyebrows with many fans slamming the decision. India's narrow loss further put a spotlight on the team selection and the decision to leave Pujara out. Ahead of the second Test, starting on August 9 at Lord's, former India cricketer Virender Sehwag on Monday weighed in on India's team selection with a pun that only managed to spark yet another debate on whether Pujara should play the 2nd Test and if he does, whom should he replace?

"Pope likely to play for England, Should India play Pujara in the second test. ? After all it's Lords," tweeted Sehwag.

Pope likely to play for England,
Should India play Pujara in the second test. ?
After all it's Lords

A horde of fans descended on Sehwag's tweet to have their say with the general consensus being that Pujara should be a part of the Indian playing XI for the 2nd Test.

Worst decision of Indian selection committee was to add dhawan and karthik instead of Pujara and rishab pannt. Our team is almost the same in both three formats. When are we gonna try new talents ?

What was the logic behind dropping him for the 1st test? A 194 chase needed someone to hold one end and he fits that role! #poorselection @imVkohli @BCCI

Absolutely yes. He should have played in the first test itself. I wonder what selector were thinking while selecting team.

Yes to Pujara and no to Dhawan sirji !!

Pujara is must paaji bcz of his class irrespective of form

Would advice to @imVkohli to replace Dhawan with Rohit Sharma and Ajinkya Rahane with Cheteshwar Pujara. Opening slot between K.L Rahul and Murali vijay. As K.L Rahul performance as an opener is much better then 01st down.

However, there were a few sceptics as well.

I don't think so... team should be same

It's just a second test...So Test the KL Rahul One more time...

In the first Test, Pujara's absence was felt across the board with India captain Virat Kohli waging a lone battle against the England bowlers. The rest of the Indian batsmen failed miserably as India failed to chased down the 194-run target set by the hosts.

Kohli scored his maiden century on English soil and followed that with a fifty in the second innings. Kohli's 22nd Test century and his 200-run tally in the Edgbaston Test vaulted him to the top of the ICC Test rankings for batsmen.

But the return for the other batsmen was absolutely dismal.

The lacklustre batting display only managed to fan the Pujara flames. Incidentally, India have more than a 50 per cent win rate when Pujara plays. With the middle-order batsman in the side, India have won 33 of the 58 Tests played, losing 12 and 13 matches ending in draw (win percentage - 56.90).

Virat Kohli England vs India, 2018 England vs India, 2nd Test Cricket
Get the latest updates on IPL 2021, IPL Points Table , IPL Schedule 2021 , live score . Like us on Facebook or follow us on Twitter for more sports updates. You can also download the NDTV Cricket app for Android or iOS.