After Virat Kohli (200 runs), Hardik Pandya (53 runs) was the only batsman to aggregate more than 50 runs in this Test match. 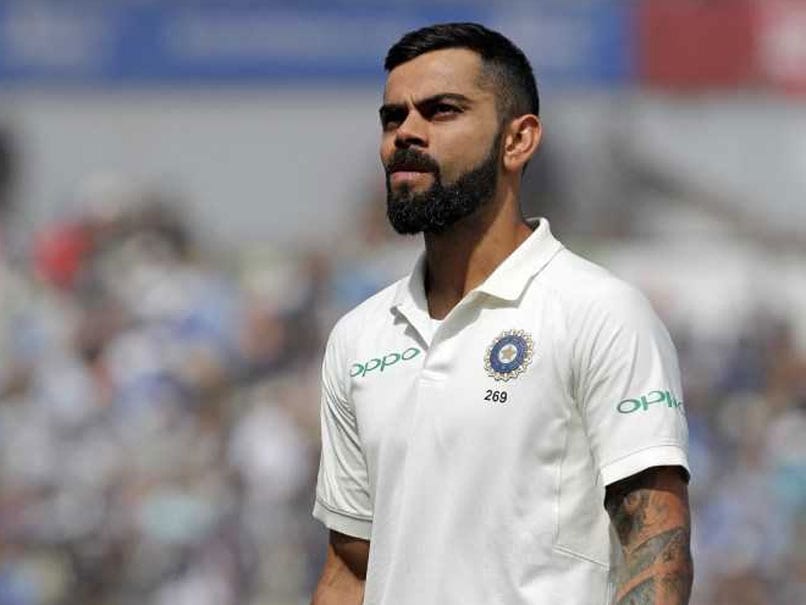 Virat Kohli slammed his batsmen for not putting up a fight against England.© AFP

England displayed an all-round performance to mark their 1000th Test win by outclassing India by 31 runs in the first Test at the Edgbaston Cricket Ground on Saturday. By virtue of this win, the English side now leads the five-match Test series 1-0. Following the heartbreaking loss, India captain Virat Kohli, in the post-match conference, slammed his batsmen for not putting up a fight against the English bowling department and going down timidly. However, the 29-year-old did lavish praise on the English side for making a stunning comeback in the game.

"Our shot selection could have been better. We definitely need to apply ourselves better with the bat, but England came back superbly and we need to take the positives and move forward," Kohli remarked.

After Virat Kohli (200 runs), Hardik Pandya (53 runs) was the only Indian batsman to aggregate more than 50 runs in this Test match.

"We can be proud as a team to start against England in England the way we have. There is a lot to learn from the lower order in the first innings, Ishant Sharma and Umesh Yadav got stuck in the middle. Ishant showed character, Umesh hung around with Hardik again," the Indian captain further added.

Meanwhile, Kohli mentioned that this result sets up the series nicely.

"Glad to be a part of such an exciting Test match; there were a couple of moments when we came back. A team like England doesn't let you do it every day, they were relentless and they made us work very hard for our runs. It sets up the series nicely and gives us what we need to do going forward," Kohli remarked.

India were close to a victory but a batting collapse in the first session on the fourth day saw them falling short by 31 runs.

"It always feels good when you can pull your side close to the first innings totals the oppositions have. One more partnership and we could have pulled this home. We need to think how to regroup and get back for the next match," Kohli said.

"There is no hiding from this game; we need to be positive, relentless and whatever the feelings are would come out now in no time. We need to take the negatives out and build on the positives as we go on," the 29-year-old batsman reiterated.

"It was just like any hundred I score. Back in the day, I used to think about playing in different conditions, different countries, but when you become captain it's about taking your team across the line.

"When the focus is on the larger picture, these things don't matter -- you are able to bat longer than you would've done otherwise and the ability you have inside just unleashes because you're not focused on your personal milestones," added Kohli, who has now scored 5,754 Test runs at an average of 54.28.

The second Test between India and England begins on August 9 at the Lord's.

Virat Kohli Cricket England vs India, 2018
Get the latest updates on Fifa Worldcup 2022 and check out  Fifa World Cup Schedule, Stats and Live Cricket Score. Like us on Facebook or follow us on Twitter for more sports updates. You can also download the NDTV Cricket app for Android or iOS.