Sam Curran's maiden Test match fifty made him the fourth youngest English batsman to achieve the feat in the longest format of the game. 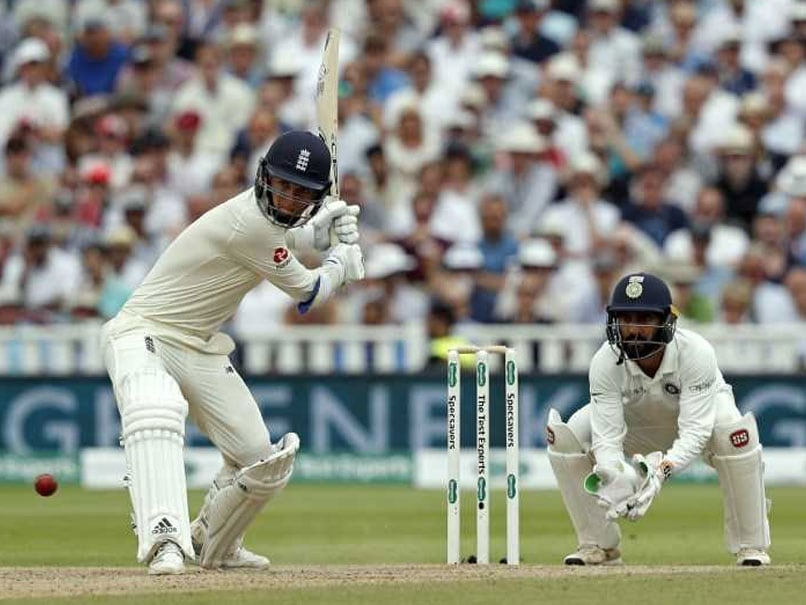 England's Sam Curran was adjudged the Man of the Match for his brilliant bowling performance that dismantled India's top-order in their first innings and his ferocious batting that not only helped him notch up his maiden Test fifty but also rescued England from a precarious position on the third day of the opening Test. Sam Curran's first-innings figures of 4/74 made him the youngest English bowler to take four-for in a Test and his 65-ball 63 in the second innings made him the fourth youngest English batsman to hit a fifty in the longest format. However, Curran, in the post-match conference, revealed that his gritty knock was inspired by none other than Virat Kohli.

"To be honest, I was trying to learn a bit from Virat in the first innings, when he batted with the tail," Curran said.

Curran said that talking to Sri Lanka great Kumar Sangakkara in the hotel also helped him forge partnerships with the lower order batsmen.

"I spoke to Kumar (Sangakkara) the other day in the hotel and he told me a thing or two about batting with the tail and was lucky it all came off the middle in the end," the 20-year-old pacer added.

On being adjudged the Man of the Match, Curran said, "I can't take it all at the moment. It is all very special and feels like a dream. Just couldn't get any sleep last night."

"Sam Curran has a great amount of skill; great having him in our side and very exciting and promising cricketer. He just didn't seem to feel any sort of pressure with the bat and we just love having him in our side, quite like having two Ben Stokes in the side. He is only in his second Test and it is easy to get carried away, but a great prospect for us," Root said.

"It is easy to make an emotional decision right now (for the next Test), but we need to sit outside with the team management and decide for Lord's depending on the surface," the right-handed English batsman added.

England Cricket Team Sam Curran England vs India, 2018 Cricket
Get the latest updates on India vs South Africa and check out  Schedule, Results and Live Score. Like us on Facebook or follow us on Twitter for more sports updates. You can also download the NDTV Cricket app for Android or iOS.