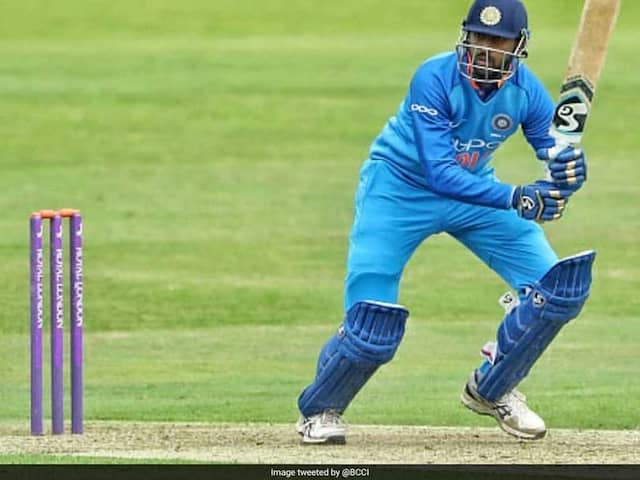 India's tour of England will kick-start on July 3 with the first T20I match at Old Trafford.© Twitter

The Board Of Control For Cricket In India (BCCI) on Sunday, named Deepak Chahar as replacement for the injured Jasprit Bumrah while Washington Sundar, who was also ruled out, made way for Krunal Pandya in India's T20 squad for the upcoming series against England. On Saturday, the BCCI had announced that India's death-over specialist Bumrah and right-arm off-spinner Sundar had been ruled out of the three-match Twenty20 International (T20I) series due to injuries. The 18-year-old Sundar will be missing the five-match One-day International (ODI) series as well with Axar Patel named as his replacement in the ODI side.

Sundar suffered an injury to his right ankle during India's training session at the Malahide Cricket Club, Dublin on June 26. He subsequently underwent scans and was seen by a specialist.

India's tour of England will kick-start on July 3 with the first T20I match at Old Trafford cricket ground in Manchester.

Till date, England and India have played 11 T20Is between them. England have a slight edge over India with six wins to their name as compared to five wins for the latter.

Team India started their much-awaited tour of the United Kingdom on a bright note by comprehensively winning the two-match Twenty20 International (T20I) series 2-0 against Ireland.

The Virat Kohli-led unit will be playing three T20Is, three ODIs, and five Tests during their 75-day tour of England.

Axar Patel Krunal Pandya Deepak Chahar Cricket England vs India, 2018
Get the latest Cricket news, check out the India cricket schedule, Cricket live score . Like us on Facebook or follow us on Twitter for more sports updates. You can also download the NDTV Cricket app for Android or iOS.