Adil Rashid's contribution to England's big win was just being on the field when they bowled. 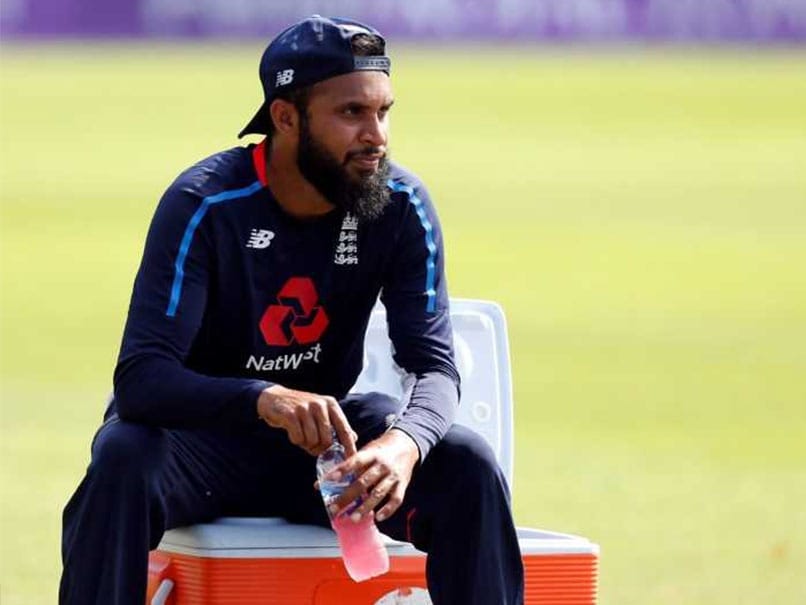 Rashid is not a member of England's slip cordon and therefore ended up having a quiet time in London.© AFP

England demolished India by an inning and 159 runs to win the second Test to take a 2-0 lead in the five-match series at Lord's on Sunday. A lot of performances from the hosts' camp stood out as the visitors succumbed to their biggest defeat at the home of cricket since 1974. However, one cricketer, who did practically nothing during the Test, also entered the record books. Adil Rashid, who wasn't used at all by skipper Joe Root as a bowler, ended up making a bizarre record of his own.

Rashid became just the 14th player and first Englishman in 13 years to complete a Test match without bowling, batting, taking a catch or effecting a run out.

Pacer James Anderson took 4/23 to finish with nine wickets in the match, while Stuart Broad shone with 4/44 as India were bowled out for 130. Chris Woakes scored his maiden Test ton to remain unbeaten at 137 and claimed four wickets to help England win the Test inside four days.

Rashid did none of the above.

The 30-year-old Rashid's inclusion in England's playing XI ahead of veteran Moeen Ali has been a topic of discussion in the last few weeks.

Ed Smith, England's new national selector, found himself involved in a huge row with Yorkshire, the bowler's county, when he recalled Rashid to the Test squad ahead of the series opener at Edgbaston.

With the overcast conditions in both of India's innings ideal for swing bowling, Rashid was reduced to mere a spectator and was not called upon to weave his leg-spin magic as Anderson and Broad wreaked havoc.

When England batted, Root declared the lone innings on 396/7 and Rashid, who bats at number 9, could not contribute.

Rashid is not a member of England's slip cordon and therefore ended up having a quiet time in London.

Rashid made scores of 13 and 16, while taking three for 40 in a match that England won by 31 runs at Edgbaston.

India Cricket Team Adil Rashid Lord's, London England vs India, 2018 Cricket England vs India, 2nd Test
Get the latest updates on IPL 2021, IPL Points Table , IPL Schedule 2021 , live score . Like us on Facebook or follow us on Twitter for more sports updates. You can also download the NDTV Cricket app for Android or iOS.