BBL 2020: Dan Christian's blistering fifty helped Sydney Sixers recover from a slow start and post a competitive total of 177/5 on the board. 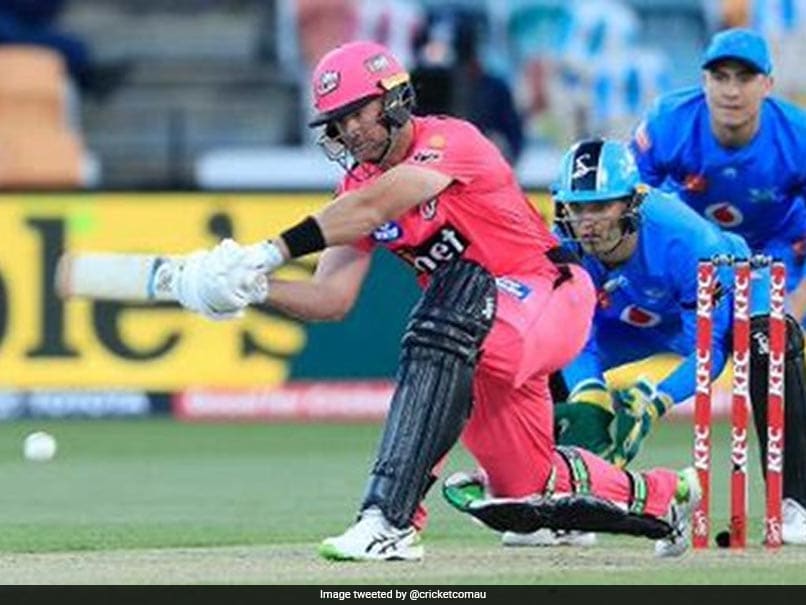 Dan Christian smashed the second fastest half-century in Big Bash League (BBL) history, reaching the landmark off just 15 balls against Adelaide Strikers at the Bellerive Oval, Hobart on Sunday. The record of the fastest fifty in the league belongs to Chris Gayle, who had scored a fifty off just 12 balls in 2008, playing for Melbourne Renegades. Incidentally, back then as well, it was Adelaide Strikers that were on the receiving end of Gayle's blistering knock.

The second-fastest 50 in BBL history! @DanChristian54 smoked a 50 off only 15 balls to completely change the game! @BKTtires | #BBL10 pic.twitter.com/rTBTNaRXix

DC is turning this game on its head!

The youth of first-gamer Liam Scott vs one of the most experienced players the BBL has.

Christian's knock helped Sydney Sixers recover from a slow start and post a competitive total of 177/5 on the board.

He completed his fifty with a boundary but got out on the very next ball, trying to make the most of the 'Power Surge'. During his short stay at the crease, he smashed nine boundaries, including five hits over the fence.

While other Sydney Sixers batsmen struggled to get going against Strikers' quality bowling line-up, comprising the likes of Rashid Khan, Christian's batting made one wonder if he was batting on a different pitch than the rest.

When he came to the crease, his side were in a spot of bother with scoreboard reading 61/3 at the end of 13 overs. However, things changed from thereon with Christian beginning his onslaught by targeting debutant Liam Scott and smashing him for three sixes and a four to collect 22 runs from his second over.

Scott was making his BBL debut as a 'X-factor' replacementbut Christian's explosive batting turned it into a nightmare.

Christian didn't even spare opposition's premier spinner Rashid Khan, who is ranked number one in T20I rankings. Christian cleared the fence twice in the over as Sixers added 16 more runs to the total.

He continued his onslaught in the next over as well, smashing three more boundaries off Wes Agar to complete his fifty.

Christian's quick-fire knock shifted the momentum in his side's favour and a couple of cameos down the order helped them post 177/5 from their 20 overs.

Bellerive Oval, Hobart Cricket Rashid Khan
Get the latest updates on ICC T20 Worldcup 2022 and CWG 2022 check out the Schedule, Live Score and Medals Tally. Like us on Facebook or follow us on Twitter for more sports updates. You can also download the NDTV Cricket app for Android or iOS.