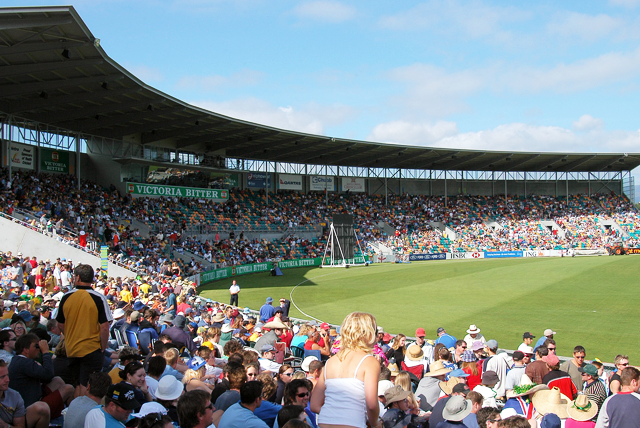 Although the Bellerive Oval has not been among the more famous ones in Australia, the origin of football and cricket on this ground can be slated back to the late 1800s. The first football match on record from the area was played in 1884, between Carlton and Bellerive. In 1977, the ground was granted $2,200,000 to build new grandstands, training nets, a hill, new surface and centre wicket, the old TCA Ground scoreboard was relocated there, and the masterpiece - the three level Members’ Pavilion was constructed. The first Test match in Tasmania was played at this very venue in1989, between Australia and Sri Lanka. Shortly afterward, the new electronic scoreboard and Northern Stand was erected. The new Members’ Area was the last of the upgrades, along with new perimeter fence and entry gates. The Members’ Area features press and radio media areas, corporate boxes and lunchrooms, as well as the player’s areas, member’s bars and TCA offices. The redevelopment was officially opened on January 11, 2003.