The manner in which the Aaron Finch-led side surrendered was hard to believe, not just for the fans but also Australian opener David Warner. 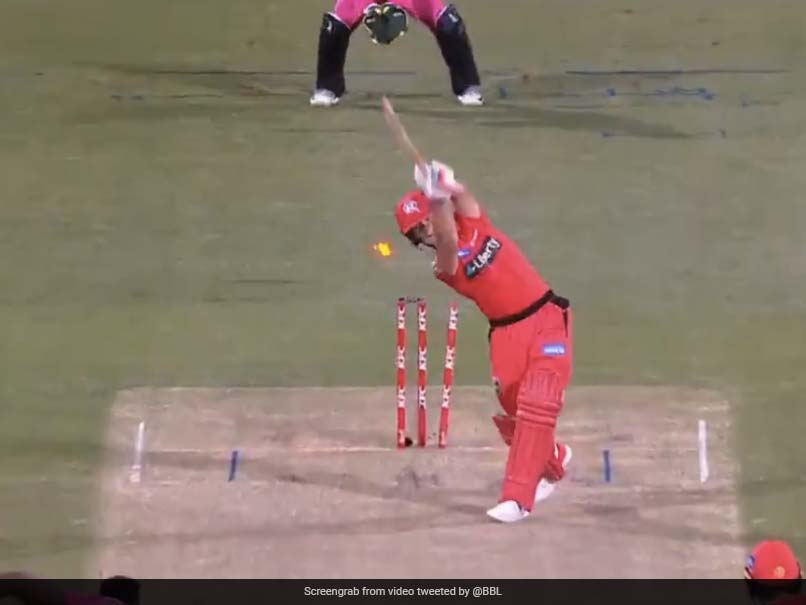 Sydney Sixers registered a record 145-run win over Melbourne Renegades on Sunday to clinch their first victory of the Big Bash League (BBL) 2020. This was the biggest win in BBL history in terms of runs and Sydney Sixerspipped Renegades to go third in the points table with five points from two matches. The manner in which the Aaron Finch-led side surrendered was hard to believe, not just for the fans but also Australian opener David Warnerwho took to Twitter to troll the Renegades innings with an epic tweet. "Just looked at the bottom of my screen and saw 9/43 and thought it was the time #bbl."Warner tweeted.

Riding on Josh Philippe's explosive knock of 95 off 57 balls and Jordan Silk's unbeaten 19-ball 45, Sixers posted the highest total of the season so far, finishing with 205/4 in 20 overs.

Chasing the huge total, Renegades batsmen looked completely hopeless and batted with zero intent. Skipper Finch was the first one to depart in the second over, which opened the flood gate and his side kept losing wickets from both ends.

Apart from openers, only two more Renegades batsmen got into the double figures while three players couldn't even open their account as the team bundled out in just 10.4 overs for 60 runs.

For Sixers, Ben Dwarshuis was the most successful bowler with four wickets, while Steve O'Keefe picked up three wickets and Carlos Brathwaite accounted for two dismissals.

Bellerive Oval, Hobart Cricket
Get the latest updates on Fifa Worldcup 2022 and check out  Fifa World Cup Schedule, Stats and Live Cricket Score. Like us on Facebook or follow us on Twitter for more sports updates. You can also download the NDTV Cricket app for Android or iOS.